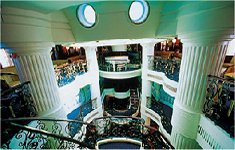 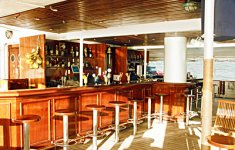 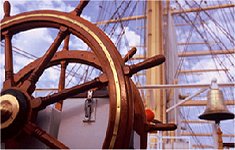 In 1902, the largest, fastest sailing ship the world had ever seen was launched. The legendary Preussen dominated the seas, only to be gone in a few short years. Neither before nor since has the world seen such a magnificent sailing ship. Inspired by the legendary Tall Ship, Preussen, the new Royal Clipper has the proud distinction of being the largest and only five-masted sailing ship built since her predecessor was launched at the beginning of the last century. With her complement of 42 sails, Royal Clipper is a splendid sight to behold. You might think she was an apparition from the grand age of sail, but Royal Clipper is as new as tomorrow. She boasts state-of-the-art navigation systems and all the comforts of today.