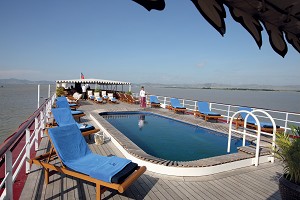 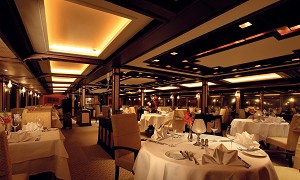 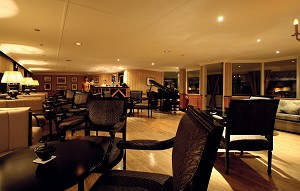 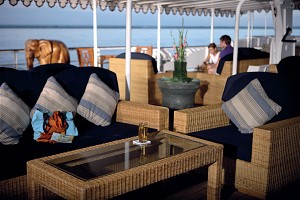 With its inaugural voyage in January 1996 the Road To Mandalay marked a new venture for the famed Orient-Express. With the Union of Myanmar (formerly Burma) gradually reopening its doors to the outside world, the Road To Mandalay became the ideal way to explore the undiscovered beauty of this long-hidden land.

The ship itself originally began life as a Rhine cruiser in Germany and made her maiden voyage on 6th July 1964. Originally built to very high standards for its day, the ship was purchased by Orient-Express Hotels, Trains & Cruises in 1994 following a period as a floating hotel in Dresden.

The ship underwent a major refurbishment programme at Lauenberg/Hamburg at a cost of US$6 million. This mostly consisted of reducing the number of cabins from 98 to 72, and installing decorations that blend contemporary designs with traditional Burmese, plus a state-of-the-art sewage system to preserve the purity of the Ayeyarwady River. Once the refurbishment was completed the ship was transported, courtesy of a specialist transporting ship, via the English Channel and the Suez Canal to Myanmar, arriving towards the end of 1995. The Road To Mandalay was unloaded in Yangon and, after attracting a great deal of local interest, sailed up the Ayeyarwady River to Mandalay.

This ship has 1 restaurant