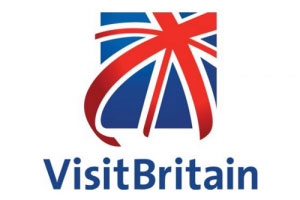 Australia is a £1 billion market for Britain and its fourth most valuable, with over 1 million visitors from Australia each year. Britain is the 5th most visited country in the world by Australians. More than 40% of visitors to Britain during peak season (July to September) came from Australia in 2015.

The campaign #OMGB with the tag line ‘Home of Amazing Moments’ was officially announced at a travel trade and press event held in Milan. The event was co-hosted by VisitBritain, the Department for International Trade, the British Council, and the Foreign & Commonwealth Office to showcase why 2017 is the year to visit Britain.

The six-week campaign will officially commence on March 1 using a combination of print and digital media. These include authentic images of experiences and activities captured on location in destinations across Britain to invite visitors to capture their own ‘amazing moments’ in Britain.

‘Britain’s hotels, shops and attractions are offering great value for international visitors, who enjoy visiting our parks and gardens, heritage sites and shopping in our world-class stores.

‘By promoting the sheer diversity of incredible experiences on offer, we want to inspire more visitors to book a trip right now to come and discover their own amazing moments’.

The campaign points visitors to the website VisitBritain, which is full of images and itineraries. It also encourages visitors to upload pictures of their own moments using the #OMGB, which will be shared across VisitBritain’s social media platforms.

VisitBritain is also set to host its largest ever global tourism trade event which Australia will attend. The event is held in Brighton over a two-day period from March 2 to March 3.

Inbound tourism to the UK contributes more than £26 billion to its economy.