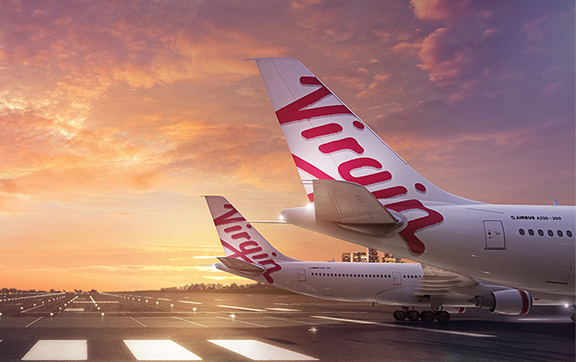 Virgin Australia plans to launch flights between Australia and Hong Kong by the middle of the year. The move is phase one of a larger alliance agreement with HNA aviation, Hong Kong Airlines and HK Express.

The airlines will also team up on other codeshare arrangements like route planning, frequent flyer programs and lounge access. These, however, are still subject to authorisation by the Australian Competition and Consumer Commission.

In a statement, CEO for Virgin Australia Group, John Borghetti, said, “This new alliance will be a game changer for travel between Australia and China, providing significantly more competition and choice for travellers.

“The alliance will accelerate and support our access to the Chinese market, which is Australia’s fastest growing and most valuable inbound travel market.

“HNA Aviation fly nearly 100 million passengers each year and we look forward to working collaboratively with them to drive inbound visitation to Australia, resulting in significant benefits for the Australian tourism industry and broader economy.

“Importantly, this strategic alliance with HNA Aviation, Hong Kong Airlines and HK Express is a key plank in Virgin Australia’s International strategy and will help our business deliver long-term growth and success."

Melbourne is likely to be the departure airport for the direct services between Australia and Hong Kong, which will be operated using an Airbus A330 aircraft. This aircraft features the airline’s award-winning business class ‘The Business’ with modern and spacious seats that offer direct aisle access for every passenger.

The finer details, like departure ports in Australia, scheduling, and pricing, are to be released in the coming months with flights subject to approval. Direct flights to mainland China are also on the cards for Virgin Australia in the later stages of the arrangement.

Furthermore, loyalty program advantages between the airlines will be reciprocated starting with Velocity Frequent Flyers being able to enjoy a partnership with Fortune Wings Club. Benefits include earning Points and Status Credits on alliance routes and access to tier status benefits such as lounge access, priority check-in and boarding, and extra luggage allowances.