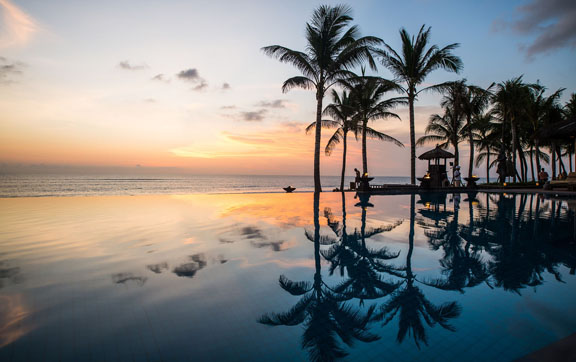 TripAdvisor has revealed the winners of its Travellers’ Choice top destinations for 2017 with Bali taking out the number one spot.

Bali’s ‘postcard’-like landscapes, fine sand, coral ridges and lush jungle are just some of the reasons travellers have voted the small Indonesian island number one destination in the world.

The list is based on the millions of reviews and opinions from TripAdvisor travellers. In these awards, the travel planning and booking site honoured 418 outstanding destinations in 24 lists across the globe.

The victors were determined using an algorithm that took into account the quantity and quality of reviews as well as ratings for hotels, restaurants and attractions in destinations worldwide. These were collected over a 12-month period and also considers traveler booking interest on TripAdvisor.

Chief marketing officer for TripAdvisor, Barbara Messing, commented, “We’re excited to reveal our community’s favourite travel destinations for 2017 and recognize these iconic places with Travelers’ Choice awards. Travelers wanting to explore these fabulous destinations can shop for amazing attractions and tours on TripAdvisor and compare hotel prices that are up to 24% less when booking off-peak."

No Australian or New Zealand cities were named in the top ten this year, but neighbouring Asian countries Siem Reap and Phuket placed in the list.

Despite Brexit, London claimed second place with European counterparts Paris and Rome coming in third and fourth respectively, and New York City rounding out the top five spots. The rest of the top ten positions were taken by Crete (6), Barcelona (7), Siem Reap (8), Prague (9), and Phuket (10).

Other categories in the Travellers’ Choice Awards included best hotels, beaches and airlines. Aria Hotel Budapest by Library Hotel Collection was voted the number one best hotel, while Baia do Sancho claimed the best beach in the world award, and Emirates won the best airline prize.