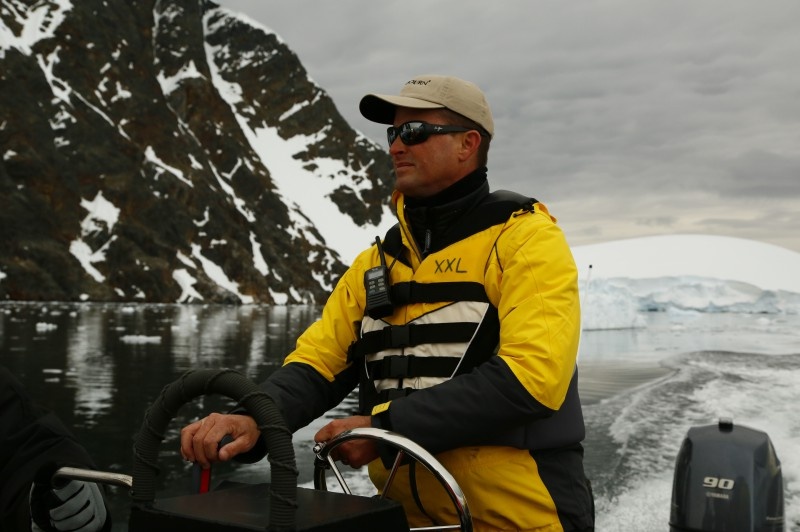 Seabourn has promoted Expedition Leader Robin West to vice president, expedition operations & planning, to oversee and continue development of the line’s expedition-oriented product in destinations around the world. The appointment comes shortly after the company’s announcement to build two new luxury expedition ships.

“Robin has helped drive the success of our Ventures by Seabourn program, which is available in many destinations around the world," said Seabourn President Richard D. Meadows, in a prepared statement. “Now we’re expanding our ultra-luxury expedition travel product with ships dedicated to further delivering highly authentic experiences in new and amazing destinations. Robin’s extraordinary capabilities will continue to help Seabourn expand the definition of ultra-luxury adventure travel in all corners of the world."

West started at Seabourn by serving as expedition leader during the inaugural season of four voyages aboard the Seabourn Quest in Antarctica and Patagonia between November of 2013 and February of 2014. He was promoted to director in 2017.

A native of South Africa, West is a graduate of the University of Port Elizabeth. After graduating he founded two companies offering scuba diving and outdoor adventure experiences. Expanding his experiences beyond Africa, he has participated in expedition travel operations since 2002, sailing on numerous ships and planning and executing expedition programs for half a dozen companies. He has spent multiple seasons in regions from the Arctic to the Antarctic, including East and West Africa, the South Pacific, Indian Ocean, Southeast Asia, Central and South America, Australia and the Mediterranean.

As vice president, West will be responsible for overall planning and management of Seabourn’s expedition operations to Antarctica, the Arctic, and other destinations around the world. He will also continue to oversee the line’s Ventures by Seabourn program of optional, for-charge expedition-style excursions offered in select destinations. In addition, he will further enhance the company’s current deployments with added opportunities for guests to enjoy the company’s onboard amenities in combination with authentic, adventurous experiences ashore.