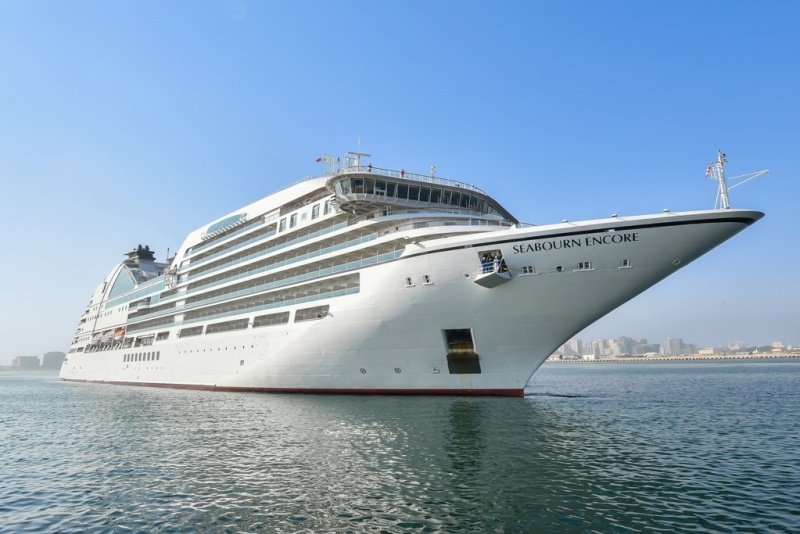 Seabourn announced a four-ship lineup for Europe in 2020 along with a return to Turkey.

The season will include cruises of seven to 28 days around Europe, visiting more than 200 different destinations, including a return to Turkey.

“We have such an exciting year planned for our ultra-luxury vessels headed to the harbors and coasts of Europe," said Richard Meadows, president of Seabourn. “With more than three decades operating in and around Europe, Seabourn is expert in European luxury travel, providing access to opportunities and explorations that guests can’t find anywhere else. Each of our four vessels bound for Europe in 2020 will offer desirable overnight stays, new and notable ports of call, and selected itineraries enhanced by popular programming, including ‘Seabourn Conversations’, ‘Shopping with the Chef’, and, on Seabourn Ovation and Seabourn Quest in Northern Europe, guide-led, optional and for-charge ‘Ventures by Seabourn’ expeditions in select ports to give guests more enjoyable choices."

The 2020 season in Europe will offer more than a dozen new and notable destinations that the line either hasn’t previously visited or hasn’t been to in years, including Alta, Farsund, and Sortland (Vesterålen), Norway; Fethiye, Turkey; Sanary-Sur-Mer (Île Des Embiez) and Saint-Cyr-Sur-Mer, France; Kinsale and Inishmore, Aran Isles, Ireland; Oran, Algeria; Viareggio, Italy; Skíathos, Greece; Ystad, Sweden; and Skagafjördur and Stykkishólmur, Iceland.

The Seabourn Ovation will return to Northern Europe offering 7-, 10- 14- and 15-day voyages including in the Baltic between Copenhagen and Stockholm, as well as along the North Cape and to St. Petersburg, Russia. Then the vessel will head to the British Isles and swing around the continent from Dublin to Lisbon via Paris. In the fall, Seabourn Ovation will sail the Mediterranean from the Iberian Peninsula to Morocco, the French and Italian Rivieras, and finally Greece and Turkey.

The Seabourn Encore will be bound for the Western Mediterranean with a selection of 7-, 8-, 10-, 11- and 12-day cruises highlighting the Iberian Peninsula, Malta, Morocco, Sicily, and the Italian & French Rivieras, before finishing the season in Monte Carlo, Monaco in September.

The Seabourn Quest will head to Northern Europe with voyages of seven to 15 days exploring the spectacular scenery and wildlife of the British Isles, Norway, including the North Cape, and Iceland. Guests will be accompanied onboard these voyages by an expedition team with numerous optional for-charge Ventures by Seabourn Zodiac, hiking and kayaking excursions available.

The Seabourn Odyssey will cruise to popular ports throughout the Mediterranean, including the Aegean and Adriatic coasts. The ship’s 7-, 11, and 14-day voyages will explore the the Greek Isles and Turkey, as well as destinations in Croatia, Slovenia, Montenegro and Malta, as well as Italy including Sicily, Naples (Pompeii), and Civitavecchia (Rome), to name a few.