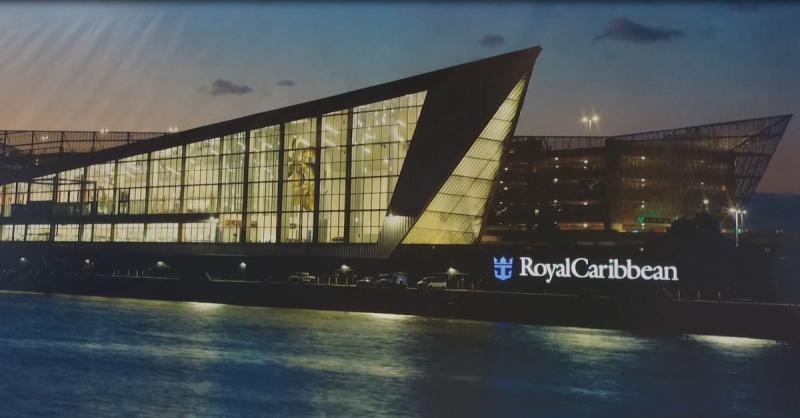 Royal Caribbean Cruises officially opened its new Terminal A at PortMiami today. The terminal will serve as homeport to Royal Caribbean International ships such as the Symphony and Allure of the Seas.

“Terminal A is an important milestone in the growth of the cruise industry in South Florida and underscores our commitment to Miami, where our company was founded almost 50 years ago," said Richard D. Fain, CEO and chairman of Royal Caribbean Cruises, in a prepared statement.

“We look forward to all the new and exciting developments the opening of Terminal A will bring to our cruise lines, our guests, and the Miami community. We are proud that our Oasis class vessels, each hosting more than 5,000 guests, will now be able to call on Miami," said Michael Bayley, president and CEO of the Royal Caribbean brand.

The new LEED certified facility has leveraged new technologies to enhance the waiting areas and boarding experience of guests. Overall, Royal Caribbean stated, the design evokes the points in the brand’s crown and anchor logo when viewed from the water; the ‘M’ of Miami when viewed from the east or western approaches; and a sense of waves rising or ships passing when viewed from the terminal side.