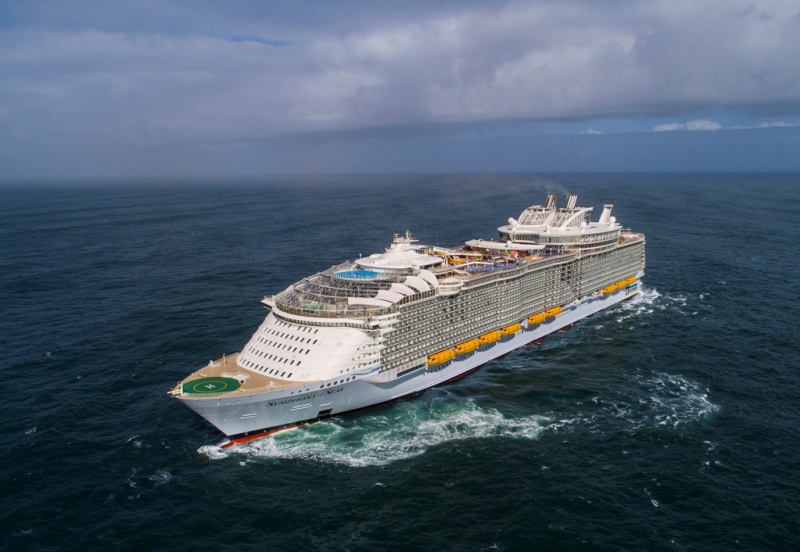 Introducing the Symphony of the Seas in the North American market in November, Royal Caribbean International President Michael Bayley said that the features on the new ship will be introduced on the 2009-built Oasis, the first ship in the class, when she goes into a two-month drydock in Europe this year, and then on the sister ship, the 2010-built Allure, next year. “Through our Royal Amplified program the Oasis and the Allure will re-enter service with literally all the services and features we have on the Symphony," Bayley said in a press conference aboard the Symphony.

With the continued growth of the industry Bayley said it is important to attract more first-time cruise passengers. However, as they often start by taking a short cruise they are not experiencing the best that the industry has to offer.

“We have been using our old ships to convince people to start cruising," he explained. “We are now changing that strategy by upgrading our short-cruise ships. As a result we have seen a strong increase in demand."

In May, Royal Caribbean expects to introduce its Perfect Day concept on CoCoCay. Redoing its private out-island in the Bahamas, passengers will find a state-of-the-art water park in addition to beaches and a variety of water sports offerings.

“Perfect Day has been designed after feedback from our guests," Bayley said. “We asked them what would be their perfect day. The sweet spot is multi-generational travel – there will be something to do for all ages, whether they want ‘thrill or chill.’"

The United States generates about 55 percent of Royal Caribbean’s total business, according to Bayley, who added that Europe, Latin America and Asia-Pacific are also huge markets for the brand.

As for ship deployment, he said that is based on the business viability of each market.

But despite the Symphony being the world’s largest ship at 228,081 tons and literally a destination by herself, while also receiving a top net promoter score, Bayley said that one of the biggest drivers selling cruises are destinations. “People want to go somewhere and explore," he added.

“But as we plan our future with bigger ships and new onboard features and services, destinations must also plan their future, and sometimes they can do better. We are open to partnering with destinations to help them in their development. Today, we are looking at some 50 port projects around the world."

The Symphony’s arrival in the Port of Miami coincided with the introduction of Royal Caribbean’s new Terminal A. Resembling the shape of a ship, the sleek terminal will homeport the Symphony and the Allure.

This year Royal Caribbean will also be introducing the new Spectrum of the Seas in China, while the Ovation redeploys to Alaska.

At press time, Royal Caribbean had five more ships on order, including the Spectrum of the Seas, slated to enter service this spring; another Quantum-class ship in 2020; another Oasis-class vessel for 2021 delivery; and the first of the new Icon class of LNG-fueled vessels in 2022, with a sister ship following in 2024.