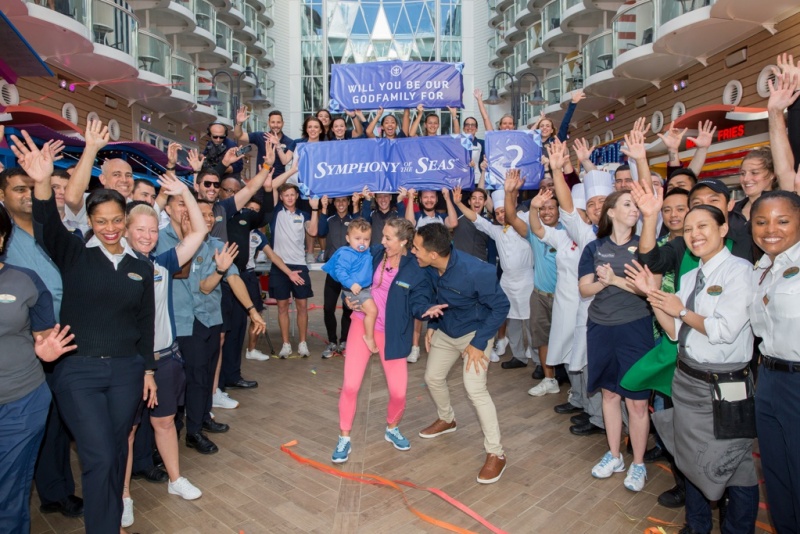 Royal Caribbean International “fans" Carlos and Alexa PenaVega, along with their 17-month-old son Ocean, have been named as the Godfamily for the Symphony of the Seas.

Royal Caribbean said it “popped the question" to the PenaVegas while the family was on board Symphony’s sister ship, Harmony of the Seas, to film Hallmark Channel’s Love at Sea show.

“Carlos and Alexa have been an extension of our family for quite some time, and they truly personify our spirit of innovation and adventure in every way," said Michael Bayley, President and CEO, Royal Caribbean International. “We’re very excited to welcome them and their son Ocean as the first-ever Godfamily to officially name a ship. Their passion for cruising and commitment to family make them the perfect choice to serve as the guiding spirits for Symphony of the Seas."

“Words can’t describe the overwhelming emotions we’re feeling," said Carlos PenaVega, alongside Alexa and Ocean. “Royal Caribbean ships have been the backdrops to so many unforgettable moments in our life, and it means so much to us to be named Godfamily of Symphony of the Seas. Royal Caribbean continues to make amazing memories with our family, and this next adventure will be our best yet."