Qatar Airways will be upgrading the rest of its A380 and 787 Dreamliner fleets with ‘super Wi-Fi’ next year despite plans to ground its A380 fleet.

Passengers onboard the aircrafts will be able to stream live TV, sports channels and use high-speed internet with download speeds of 5MB per second. While super Wi-Fi is already featured on several planes, Qatar expects the remaining aircraft to be fitted by the end of 2020 after announcing its new internet partner.

Although passengers have complained about the speed of Qatar’s normal Wi-Fi service, its super Wi-Fi is expected to compete with rivals. The airline has signed up with inflight internet provider Gogo, the same firm that British Airways, Cathay Pacific, Virgin Atlantic and a host of others use, with Wi-Fi prices between USD$10-20 per flight.

“Having access to the internet and being connected and available is critical for passengers, and the demand for bandwidth will only increase," said Group Chief Executive Akbar Al Baker. The announcement with Gogo comes after Qatar Airways won Skytrax Best Airline for the fifth year. 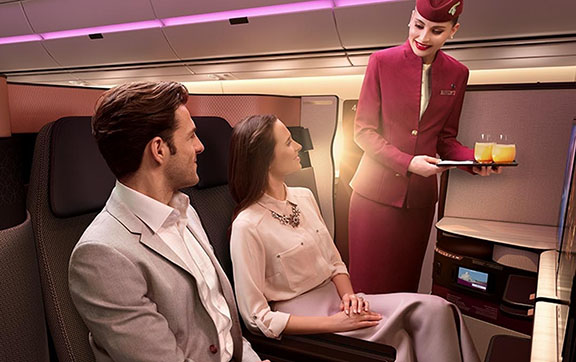 Despite this, Al Baker announced at the beginning of this year that the airline’s fleet of 10 A380 planes would be grounded in 2024, a decade after the company had its first one airborne. Airbus had previously said that it would no longer manufacture the A380 after the delivery of its final plane in 2021 due to a lack of demand.

Speaking to Aviation Analyst, Al Baker said, “For the A380s, on the tenth anniversary, we will retire
them… once we have paid our financial obligations, they will go."