Qatar Airways has pushed back the delivery date of its Boeing Dreamliners due to an issue with its new business class chair.

The airline’s order of 30 Boeing 787-9 aircraft, a narrower model, means a redesign of the current business class QSuite. Yet according to the firm’s CEO, the remodelled version isn’t quite ready for take-off. 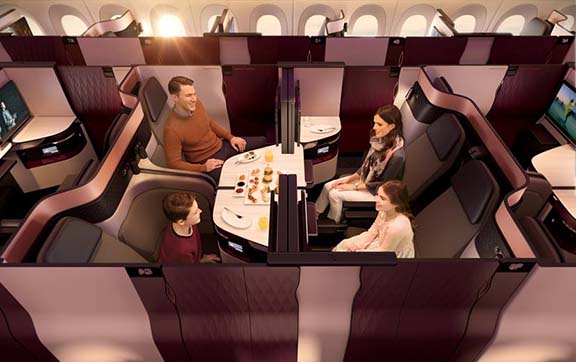 Akbar Al Baker admitted the delay was not the fault of Boeing, but the airline’s decision to spend longer on redesigning the seat. Making it narrower was not an option, he said, but he declined to comment further other than saying the upgraded business class cabin will be the “next-generation QSuite," and it will be lighter than its current model.

The upgraded business class QSuites is hotly tipped to be another aviation breakthrough following the success of its current business class cabin. When QSuites launched back in March 2017, it made ripples in the aviation industry with seats that could be combined to create a block of four passengers, closing doors on each suite, mood lighting, and other first-class attributes brought to business class.

There has been no announcement as of yet when Qatar Airway’s new Boeing Dreamliners will come into operation.