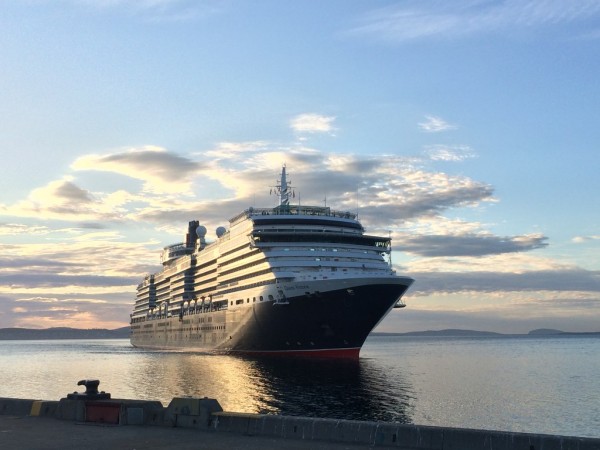 In Tasmania, Hobart is growing with Tasports working on a $2.9 million product to upgrade the capability and capacity of the port with new fenders and bollards, allowing large vessels to berth in time for the 2016-2017 season said Kevin Moore, general manager. Ships berth right in the heart of the city, with local volunteers greeting passengers and crew.

Burnie, another port in Tasmania, is seeing new mooring infrastructure too, allowing for bigger ships, up to 315 meters long, to call at the port.

“Due to Tasmanian port infrastructure upgrades, statewide capacity for larger cruise vessels is improving, allowing for future growth in the market," said Moore.

Tasmania saw 58 calls last season and is expecting 95 this coming season and at least 129 for 2017-2018. The upgrades are paying off, as the Norwegian Star will become the biggest ship to call at Burnie when she visits in February 2018.

Hobart, however, will see the largest vessel in Tasmanian history when the Ovation of the Seas makes her inaugural visit this December, with another highlight coming with a maiden call by the Queen Mary 2 in February.

Tasmania is in prime position to take advantage of a growing Australian market.

“Tasmania is ideally located as a port of call for cruise ship itineraries between Australia and New Zealand," said Moore. “It is also popular for short-break cruises out of Sydney and Melbourne and features in its own right on a number of cruises around Tasmania, including port calls at Burnie, Hobart, anchorage at Port Arthur and scenic cruising along the East Coast and past beautiful Wineglass Bay."

A number of new nature tours have debuted for passengers, and Tasports is offering discounted tonnage rates after 24 hours in port, said Moore. “Tasports has also introduced incentivized pricing for expedition vessels to encourage calls at Tasmanian ports in the last 12 months," he added.

Working with all ships, Moore said he collaborated closely with Azamara for the first call of the Quest in Hobart.

“Guests were greeted with Tasmanian wines and award-winning craft beer, as well as a welcome by the Tasmanian Premier and Lord Mayor. Entertainment included the Tasmanian Police Pipe Band and the renowned Tasmanian Symphony Orchestra. After encores and standing ovations, the guests were invited outside to view a fireworks display launched from a barge in the river especially for them," he added.