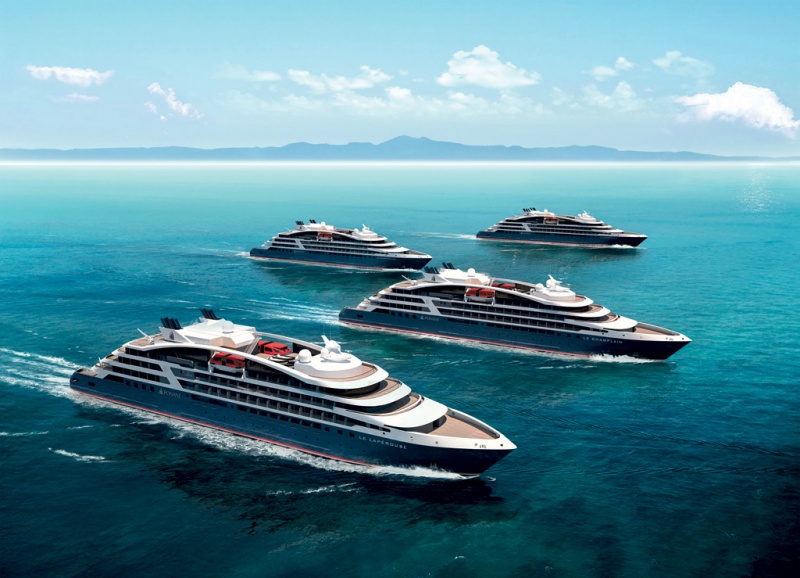 By 2019, Ponant will have 350 separate cruise departures and even more in 2020, when the line has nine ships sailing year-round.

The four Boreal-class expedition vessels will concentrate on polar regions, while the Le Ponant flagship continues her Caribbean/Mediterranean program. In addition are four 180-passenger newbuilds that are being built for tropical expeditions, advised Herve Bellaiche, executive vice president of sales.

Le Lapérouse and Le Champlain will join the company in 2018 followed by Le Bougainville and Le Dumont-d’Urville in 2019.

The four ships are being built at an estimated cost of $110 million each at VARD in Norway.

Bellaiche said that Ponant is working to extend the booking window to 24 months to better appeal to English-speaking markets. Meanwhile, in the background, deployment planning for the 2021-2022 cruise season was going at full speed in May.

“Today we are looking for more English-speaking passengers," Bellaiche told Cruise Industry News. “These are huge markets where we are convinced there is demand."

In New York, new offices in midtown Manhattan are under the eye of industry veteran Navin Sawhney. In Australia, a similar strategy is in play with Sarina Bratton heading up the efforts to push a French luxury product into the marketplace.

“We are doing the same with the new ships," he continued. “We have designed them for tropical expeditions – remote areas like New Zealand and the Scattered Islands in the Indian Ocean, where no cruise line has ever gone.