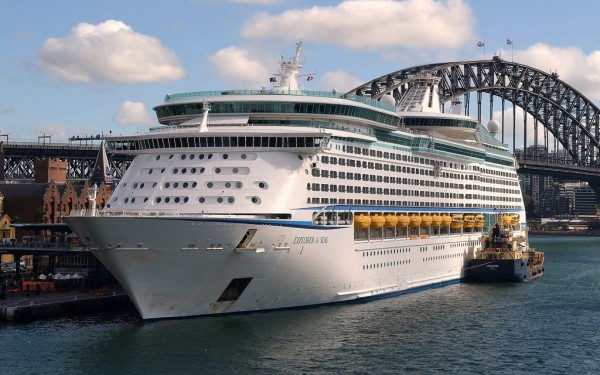 She pointed to Eden’s wharf expansion and updated mooring bollards in Newcastle, along with Norwegian Cruise Line’s 2017-2018 deployment out of Sydney.

“The entry of this ship to the market once again demonstrates Sydney’s strength, popularity and
pre-eminence as a leading cruise destination," Chipchase said. “Later this year, Radiance of the Seas is making her maiden visit to Wollongong, an hour-and-a-half of Sydney. This vessel represents a unique and significant opportunity for the State to further support growth in the sector and pave the way for future calls.

“Building industry awareness of our regional ports is something we continue to work on. Destination NSW works with the regional communities around the ports of Newcastle, Eden and Wollongong, as well as with cruise lines, to further explore the opportunities these regions provide in supporting and responding to the industry’s growth," Chipchase noted.

It must be working, as Sydney will break its own record again this coming season, with 336 calls.

By 2021, Chipchase sees more ships and passengers visiting NSW from both traditional and emerging markets – like Asia.

“Increased awareness in the diversity of attractions and experiences across the State will see more visitors taking in more pre- and post-cruise visits, particularly to regional NSW," she said. “Increased awareness of the state’s regional ports will also likely see longer seasons whilst supporting greater passenger numbers and economic benefit to NSW."