2017 was an exciting year for new business class products. These included Delta Airlines’ Delta One first-like suites, and Qatar Airways’ revolutionary new Qsuite. But the game is only warming up, with more technologically savvy, more modern, with passenger comfort at the forefront, new business class seats launching in 2018.

Although the airline has not yet given much information about its new Boeing 737, nor details regarding its business class product, it has been tipped to be a game-changer for the carrier’s domestic business class sector. Perhaps we can expect lie-flat seats? Whatever the case, punters are speculating that the latter half of the year will bring more news and more information on Virgin Australia’s Boeing 737 fleet, which are expected to replace the A330s on the carrier’s east-west routes.

The industry is buzzing with reviews and commen 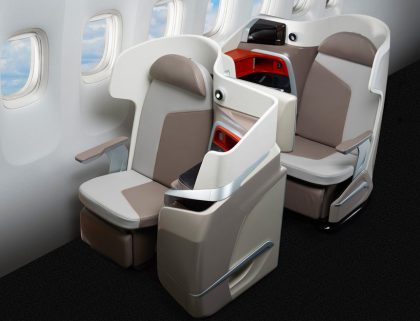 taries of Singapore Airlines’ refresh of its decade-old A380 fleet. The new business class seats on the retrofitted superjumbo aircraft have not disappointed, so it’s good to know that this level of comfort will somewhat be continued on the airline’s regional services.

Set to hit the skies in the first half of this year is the new business class offering aboard Singapore Airlines’ Boeing 787-10 fleet and some of the Airbus A350s that operate regionally. The latest seats will feature a pod-like design created by interior experts (and a company owned by Airbus) Stelia Aerospace.

Each seat, which will be configured in 1-2-1 layout, will offer direct aisle access for every passenger, and will unfold into lie-flat beds that dovetail into the one behind it. 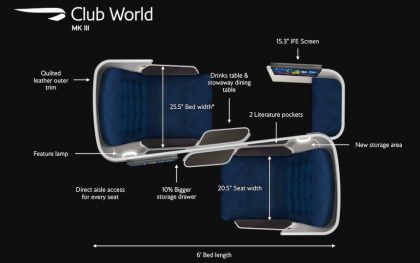 It’s been 12 years since British Airways introduced its existing Club World business class product so it’s an exciting year for the airline to launch its new Club World business class offerings on its new Airbus A350s. Although passengers can’t physically fly in it until 2019, the details of the much-anticipated product are expected to be revealed before the year ends. It’s been reported that British Airways will use a design from French company, Zodiac Aerospace. 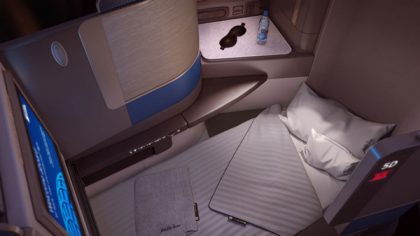 Although United is already in the midst of rolling out its all-new United Polaris business class seat, it is now to be seen on its recently delivered B777-300ER aircraft. The US carrier’s existing B767-300s and B777-200s, as well as the forthcoming B787-10s and A350-1000s are also promised the new seats.