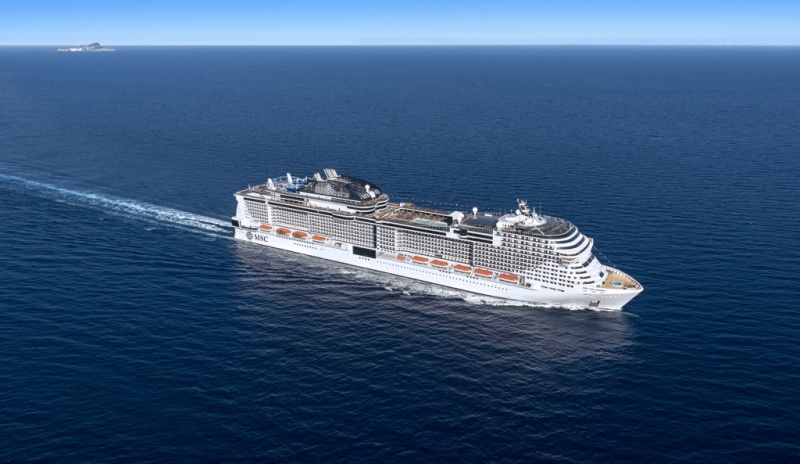 MSC Cruises and Chantiers de l’Atlantique have celebrated the float out of MSC Grandiosa at the shipyard in Saint-Nazaire, according to a statement.

She has now been moved to a wet dock, where work on the ship will continue until her delivery in October 2019.

She is the first of three Meraviglia-plus class ships MSC has ordered from the French shipyard, building upon the successful Meraviglia class.

She will also become the fifth ship to enter MSC Cruises’ fleet in just two and a half years. As part of MSC Cruises’ fleet expansion plan, the company is due to take delivery of another 12 next-generation cruise ships by 2027, according to a statement.

The MSC Grandiosa will showcase an even larger Mediterranean-style promenade. Among other specialty restaurants it will feature a new bar and lounge, L’Atelier Bistrot, offering lounge seating with a stage and a dance floor, impressionist art on display and terrace seating with Parisian Bistrot tables and chairs. This award-winning promenade will host performances, including flash mobs and themed parties as well as the projections on the even longer 98.5-metre LED Sky screen.

Following MSC Bellissima’s launch in February 2019, the MSC Grandiosa will become the second MSC Cruises ship to feature Zoe, the cruise industry’s first digital cruise personal assistant, as a new feature of MSC for Me.

The MSC Grandiosa will be delivered to MSC Cruises on Oct. 31  and will start regular sailings from Genoa, Italy on Nov. 16.