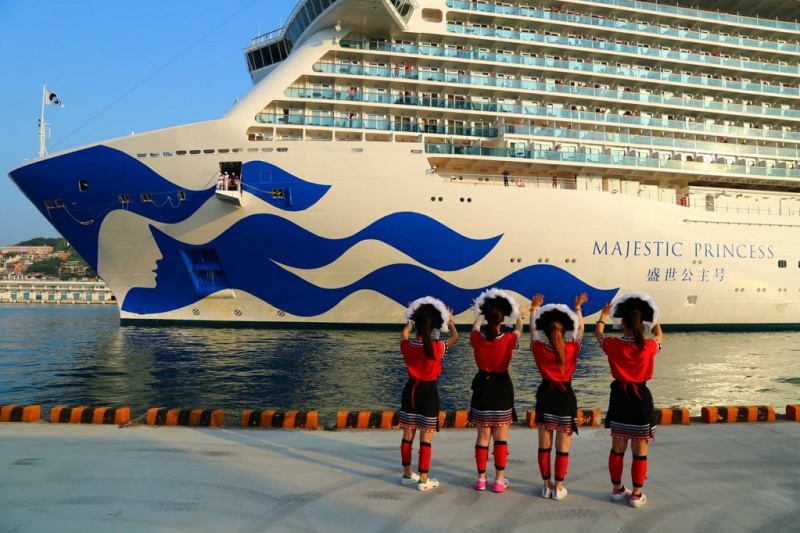 The new Majestic Princess is poised to move into the Taiwanese market from April to July 2018, after which the 2017-built ship will head to Australia for winter 2018-2019.

According to sources with knowledge of the ship’s deployment, the Majestic will sail three- and four-night voyages from Keelung in all of April and May. A spokesperson for Princess Cruises told Cruise Industry News in a written statement that 2018 itineraries have yet to be confirmed.

Following her Taiwan-based short cruise program, the ship will offer longer cruises to Japan in May, June and July from Keelung. It is not known, however, if they will be mixed in with China-based sailings, or if Princess is continuing to cut capacity in China.

Announced in 2015, the Majestic Princess was built and developed for year-round China operations.

Earlier this year, Princess announced she would re-position seasonally to Australia for 2018-2019.

In addition, the Sapphire Princess, which has been dedicated to the Asia and China markets, will be re-deployed to Europe in 2018.