One cannot help being a Latin lover because really, what’s there not to love? From the sparkling Caribbean Sea that flirts with the north coast of Colombia, to the frosty Arctic Ocean that toys with the southern-most tip of Argentina and Chile, South America is a continent that luxury travellers fall in love with again and again. (Yes, we were talking about the destination!) With exquisite cuisine, flamboyant culture distinct at every turn, splendidly unique accommodations, and many once-in-a-lifetime experiential pursuits – love being a Latin lover, love Latin America. 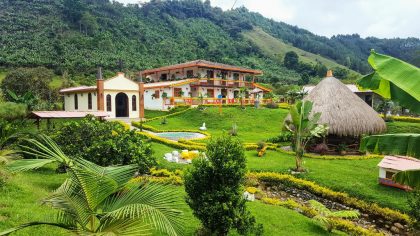 Thanks to the infamous Pablo Escobar and the narcos kingpins of the late ‘80s, ‘the city of eternal springs’ (as its affectionately known by the locals) was once considered the most dangerous city in the world. Nestled in a valley surrounded by majestic mountains and lush coffee plantations, today Colombia’s second-largest city, Medellin, is a bustling hot spot for fine dining, chic bars, and coffee – very, very good coffee!

In the capital of Antioquia, El Poblado is your best bet for the safest place to stay. The Charlee Hotel is a glamourous hotel with edgy art and personalised service at the heart of its offerings. Settle into your retro-décor room with undisturbed city views, unwind in the rooftop swimming pool, and dine in the sushi bar whilst admiring the paintings, sculptures, and photographs that form the hotel’s main overture. Whilst this property is sleek and swanky, do note that it has a rooftop bar that turns into a nightclub which affords incredible panoramic city views at night whilst the pool is illuminated complete with glow-in-the-dark menus.

You cannot leave Colombia without sampling the coffee, arguably the best coffee in the world, and you can find the best of it at the famous Eje Cafetero, or the Coffee Triangle. Medellin is the gateway to the coffee growing region which produces most of the country’s coffee. There are options to join coffee picking tours and learning how to make the perfect cup. 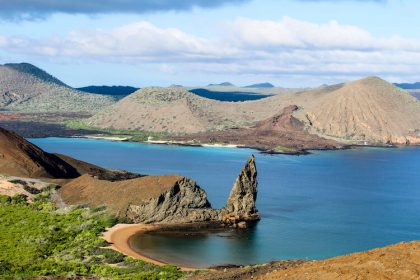 For lovers of wildlife and those seeking a truly extraordinary experience, they don’t come any more remarkable than the inimitable archipelago of the Galapagos Islands. Charles Darwin observed that the 35 volcanic islands were never connected to the continent, which is why the animals that inhabit its crude terrain have evolved in its own unique way.

Catch a glimpse of a land iguana or a giant tortoise which are prevalent on the island, as well as blue-footed boobies and flightless cormorants. Each island offers its own distinct highlights; spot penguins and dolphins off the coast of the largest island of Isabela, sea lions on the youngest island of Fernandina, the striking red colour and red beach of Rabida, or stay close to civilization on Santa Cruz which boasts the largest human population and on which most of the hotels, restaurants, and shops are located.

The best way to see the Galapagos islands is by sea and Silversea Cruises offers a truly incredible, week-long experience that captures the magic of the island in absolute style and comfort. However, if you prefer to keep land-based, there are are excellent hotels, lodges, private villas, and tented camps available. From these, you can take day trips by boats and tours to the nearby islands. 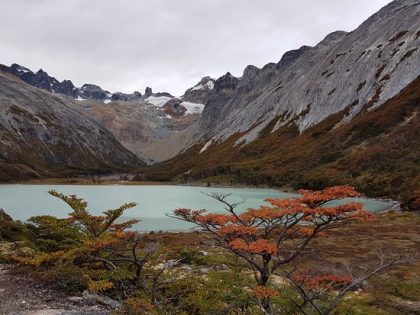 Often referred to as ‘the end of the world’, when you reach Tierra del Fuego (land of fire) you have arrived at the last inhabitable place on earth. The triangle-shaped island, located on the southernmost half of Chile and Argentina and enjoys shared ownership by both countries, is the ultimate off-the-beaten-path South American destinations. Distant and isolated, you’ll find yourself besieged by pristine wilderness from the scoured plains and mossy forests, to the rusted peat bogs and white-capped ranges that impedes above the Beagle Channel.

Separated by the Magellan Straits from its famous counterpart, Patagonia, Tierra del Fuego has the final frontier feel to it that will bring out the adventurer in you. Explore its islands and spot fur  seals, dolphins, and whales, take in the incredible landscapes on the ski lift to Marcial Glacier, and enjoy traditional cream tea at Estancia Harberton, before embarking on once-in-a-lifetime cruise of Antarctica on an Abercrombie & Kent’s award-winning itinerary. 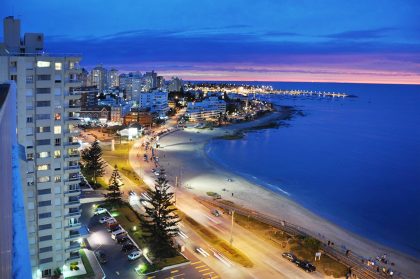 A magnet for luxury barefoot jet setters, Punta del Este on the southern tip of Uruguay has been known as ‘the Hamptons of Buenos Aires’, ‘the St Barth of South America’, and even ‘the Monte Carlo of South America’. Its stretches of beaches have the softest white sand whilst art galleries, world-class restaurants, and concept shops line the chic fishing villages up the coast.

On the west beach called ‘Mansa’, protected from winds and where the waters are calmer, relax, swim in the glittering Atlantic Ocean, or while the day away basking in the sun. On the east beach, known as ‘Brava’, the waves offer a chance for you to engage the adventurer in you with water sports such as kite-surfing, water skiing, and wakeboarding. From both sides, the sunsets are spellbinding, and you can enjoy these from the many trendy bars and restaurants dotted along the string of beaches. The Punta Bellena lookout is a prime vantage point for sunset gazing whilst the four-century old Hotel Art Las Cumbres, just a short hop from there, offers a charming five-o-clock tea to finish your day on a glamourous high.

The Fasano resort is an excellent base for this truly sumptuous South American destination designed by award-winning architect, Isay Weinfeld. The concrete and wood-panelled exterior beautifully contrasts the rugged landscape where you can spend days on the golf course, in the luxurious spa, or saddling up in its own equestrian centre. Be sure to reserve a table at its signature restaurant of the same name and enjoy panoramic views of the untouched countryside whilst savouring the superb Italian cuisine by chef Bruno Procopio, and why not splurge on the local caviar considered the third-best in the world.