Nippon, land of the rising sun; a mind-boggling blend of tradition and modernity. In the same country, you can spend a night in a traditional ryokan or capsule hotel, enjoy a bitter matcha tea in neon-lit streetscapes that have been around for decades, and savour delicate sushi or a three-course meal from a vending machine cafeteria. You know we can only be talking about Japan where, in 2019 (just a few short months around the corner by the way!) you can behold the iconic heralding of spring via its cherry blossom season and catch the third largest sports event in the world – the Rugby World Cup all in Japan 2019. 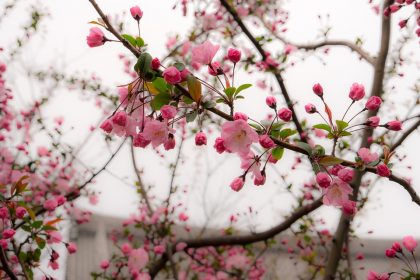 Known as sakura, the blooming of cherry blossoms is an ethereal time in Japan, signifying beauty, vigour, and revitalization. Every year in spring, hundreds flock to Japan to experience the magical phenomena of white and pink blooms flowering in their masses.

Visitors and Japanese families alike wait in anticipation for this breath-taking show by nature. Thousands take part in hanami the customary act of observing the beautiful cherry blossoms in full blush, taking a picnic beneath the trees and enjoying the spectacle with family and friends.

If Japan’s wonderous cherry blossoms is possibly on the cards for you in the new year, the two most important factors to consider are when to head on over, and where to base yourself. There are a number of prime locations that offer different features for optimizing the cherry blossom experience in Japan 2019; some locations are chosen for its abundance in cherry blossom trees, some for its close proximity to important historical sites and geographical interests, and some because it boasts the oldest trees. But never fear, thanks to the Japan Rail and the Japan Rail Pass, travel between locations is relatively quick and easy, so you can chase the blooms across the several locations if you wanted to!

Full bloom times vary from area to area, so after you have chosen where you are going to experience hanami, you’ll need to time your visit so that you can catch the cherry blossoms at the height of their flourish.

The average sakura period can differ significantly based on the location within Japan. For example, areas that typically experience milder winter climes are more likely to see the cherry blossoms bloom earlier. The southern region is most likely to report the first blooms of the season, progressing in a northward direction with the very first blooms almost always recorded in Okinawa. Elements like wind, rain, and temperature all come into play in determining the time in which the blossoms will appear, and strongly influences the duration of the cherry blossom season.

Across most of the country though, the trees typically bloom during late March to early April, with some locations yielding flowers from as early as January. The infant blooms known as kaika is usually what the bloom forecasts refer to, whilst the mankai, the peak time of the blossoming, takes place generally a week after kaika. It is not unusual for the northern regions to experience cherry blossom season until well into the month of May. 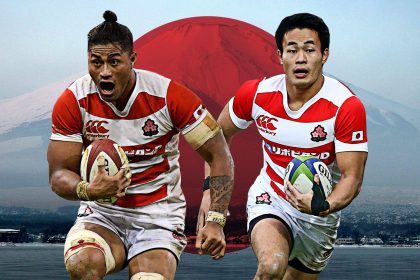 For sports and rugby enthusiasts, Japan is the place to be in 2019 so if you miss the cherry blossom season, the Rugby World Cup 2019 is the perfect excuse to visit Japan in the forthcoming year, or to make a second trip to this fascinating country of traditions and technology.

Awarded the hosting rights in 2009, Japan 2019 will be the ninth edition of the Rugby World Cup and is the first time the event will be held in an Asian country since the competition was founded in 1987. It marks 17 years since Japan hosted the biggest sporting event in the world, the Football World Cup, which it hosted in 2002 and sets the country up for preparation for that other huge sporting event on the globe, the Olympic Games, which will be held in Tokyo in 2020.

The Rugby World Cup will take place from the 20th of September until the 2nd of November 2019. There will be 20 participating teams held over 12 venues across Japan with finals being held in Yokohama Stadium in Kanagawa. The host cities are Sapporo, Kamaishi, Kumagaya, Tokyo, Yokohama, Shizuoka Prefecture, Toyota, Oita Prefecture, Kumamoto, Fukuoka, Kobe, and Higashiosaka City.

The top rugby playing nations will go head to head at the international competition, with four initial rounds taking place before leading to the knockout quarter finals and knockout finals. The Pools have been drawn and look like this:

Japan and its Brave Blossoms are currently ranked 11th in the world and is the top ranking Asian nation. New Zealand’s All Blacks top the world rankings followed by England, Ireland, Australia, with South Africa rounding out the top five teams in the world.