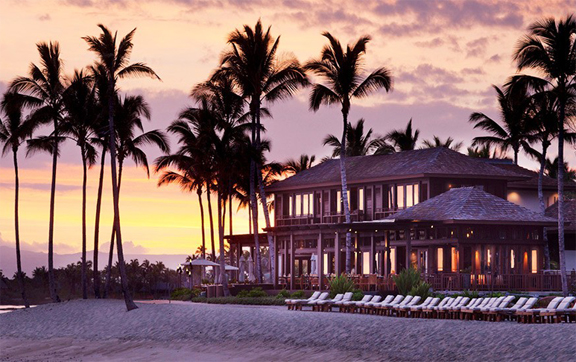 The Four Seasons Hualalai has been ranked the number one best resort in the United States by consumer advice and rankings media company, US News & World Report.

The luxurious resort, located on the ‘Big Island’ of Kauai, also claimed the number one spot for Best Hawaii Hotel and Best Hawaii – Big Island Resort.

‘We are thrilled to be recognised by U.S. News & World Report for the sixth year in a row as the top resort in the United States.

‘In the past year, we have debuted new programs and experiences for our guests, while striving to continue to provide the genuine and personalised service we are known for paired with our world-class amenities.’

The publication uses a comprehensive methodology system to identify the best hotels. Three main components used in the process are: the hotel’s reputation within the industry and with travel experts, guest reviews, and the class rating of the hotel. It has analysed more than 5,000 hotels across the US, the Caribbean, Mexico, Canada, and Europe with the top ten per cent of the four to five-star hotels being awarded in the annual Best Hotels in the USA list.