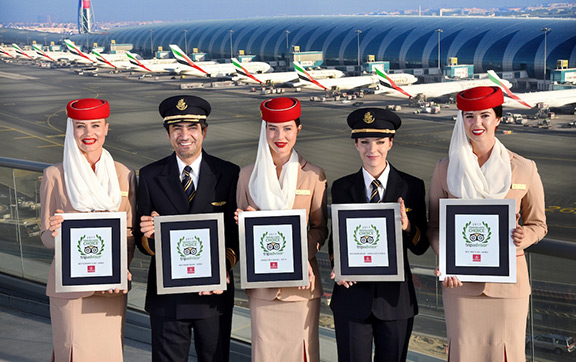 This is the first year TripAdvisor has introduced a category for airlines in its signature Travelers’ Choice Awards. The awards highlight the world’s top carriers based on the quantity and quality of reviews and ratings for airlines worldwide gathered over a 12-month period.

The airline recently announced a multi-million dollar cabin interiors upgrade programme including an enhanced Onboard Lounge for its flagship Airbus A380 aircraft which will make its debut in July. Emirates also recently underwent a product overhaul with a host of exclusive products introduced to its First and Business Class cabins. New additions include the world’s first moisturising  lounge wear in First Class, luxury blankets, skincare from organic brand  VOYA and a new range of amenity kits from Bulgari. In the last year, Emirates has also introduced several new products for customers travelling in Economy including the world’s first interactive amenity kits and sustainable blankets made from 100% recycled plastic bottles.