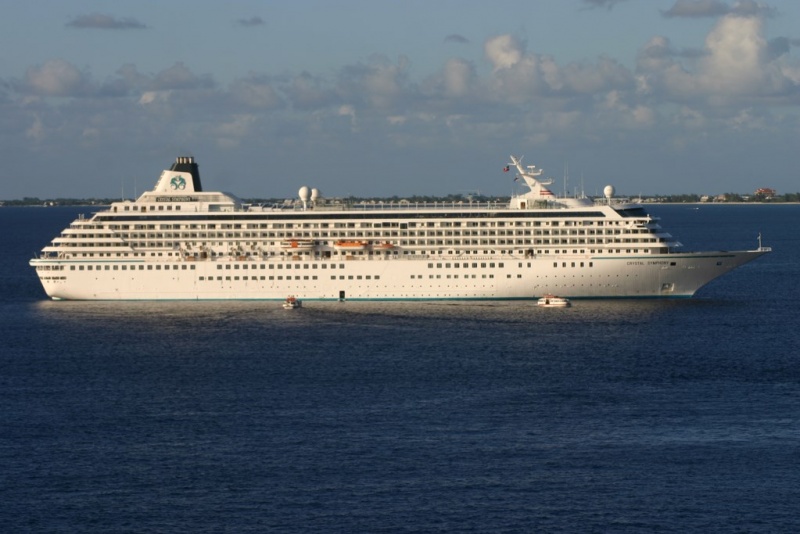 Lloyd Werft in Germany will soon play host to the Crystal Symphony, which will drydock for a major fall refurbishment.

Later this week, a team from the yard will board the ship in Lisbon to start preparations for the refurbishment as the ship sails to Northern Germany.

It will be the first job involving both Lloyd Werft and Crystal Cruises since both companies were bought by Genting Group, the yard said.

The Crystal Symphony is expected to arrive at the entrance to Lloyd’s giant Kaiserdock II on September 23.

The luxury cruise ship is expected to remain in Bremerhaven for the multi-million Euro refurbishment until October 16.

The interior refurbishment will be carried out directly by Crystal Cruises or its partner companies while Lloyd Werft will be responsible for the shipbuilding aspects and for all the logistical demands of the contract. As a result, not only a large part of the Lloyd Werft work force but also several hundred crew members and sub-contractors will be involved.

Along with regular ship maintenance work the vessel, which currently has a capacity of 922 passengers, will get two new restaurants.

The technical additions will include ship-wide WiFi and new flat screen TVs in every stateroom.

In the course of the refurbishment some smaller cabins on Deck 9 will be converted into luxury penthouse suites with butler service. A total of 40 of these new suites, of 34 to 45 square meters in size, will be created, reducing passenger capacity to 848.

After the refurbishment work has been completed, the ship will head back to Lisbon where she is scheduled to begin a 15-night cruise to the Mediterranean on October 21.