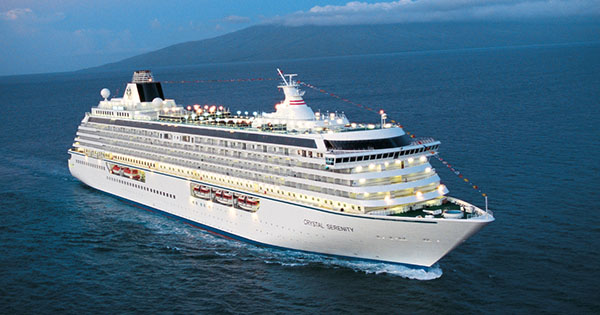 This week, Crystal set sail on its very first Northwest Passage cruise, an industry first for a luxury ship of this size.

Crystal has been planning for this sailing for three years, and the world will be watching to see if the ship can navigate the icy route safely. Crystal Serenity has been prepped for its adventure with additional crew and equipment. The captain underwent special training for sailing in icy waters, and two Canadian Ice Pilots will be onboard to guide him. Serenity will be escorted through the Northwest Passage by RRS Ernest Shackleton, an ice-class vessel with experienced crew.

You can follow Cruise Critic members’ adventures on this milestone sailing via live threads posted by Keith1010 and rafinmd.

Crystal will sail this route again in 2017. Those cruises are not sold out yet.

Meanwhile, Regent has canceled its plans for a 2017 voyage along the same Arctic route.

Crystal’s luxury line competitor Regent Seven Seas had thought to do the same, announcing in spring 2016 that Seven Seas Navigator will cruise the Northwest Passage in July 2017. However, company spokesman Jason Lasecki tells Cruise Critic that “we have made the extremely difficult decision to cancel our scheduled Grand Northwest Passage voyage departing on July 19, 2017.

“The climate variance this summer caused large Arctic ice packs to flow southerly during the month of July causing transit delays.  To avoid these delays next year, our Northwest Passage navigational experts have strongly recommended postponing the cruise until mid-August.  Unfortunately, this is not possible due to the impact it would have on all subsequent itineraries offered on Seven Seas Navigator."

Passengers booked on the canceled voyage will receive $1,000 as a future cruise credit to be used for any 2016 or 2017 Regent sailing.