The Celebrity Millennium was back in service following a massive refit at a shipyard in Asia. The 2000-built ship recently sailed from Marina Bay sporting her new color scheme, in line with the new Celebrity Edge.

The update package the ship received, the Celebrity Revolution, is a $500 million fleetwide project to bring a number of features back across the Millennium- and Solstice-class ships, including Celebrity’s Retreat concept. 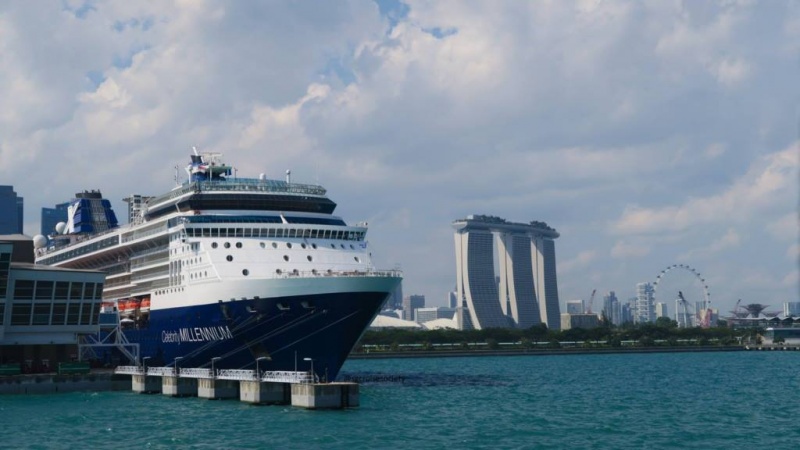 When redesigning the accommodations, Celebrity collaborated with the hospitality design firm Hirsch Bedner Associates (HBA) to transform staterooms into “statements of modern luxury," according to a company statement. 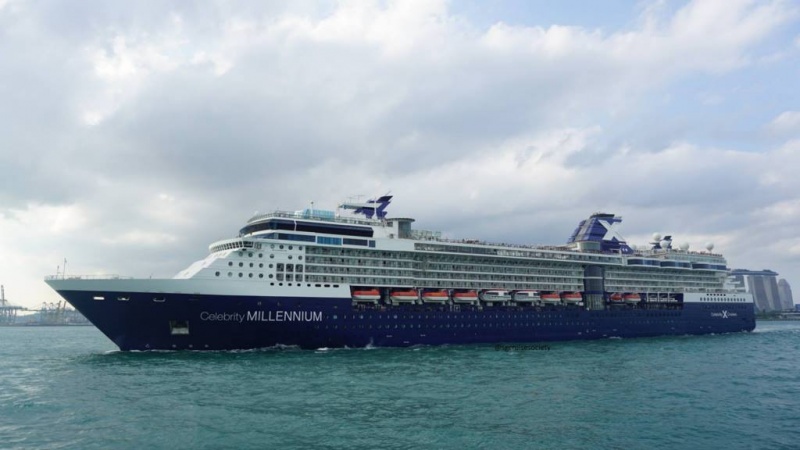 The culinary side has also been addressed. The Qsine (restaurant) will be added across the fleet and completely renovated, now offering the brand’s virtual Le Petit Chef experience, created by Skullmapping and presented by TableMation exclusively for Celebrity. Oceanview Café will be redesigned with an open, airy, marketplace-inspired design, while the main restaurants will undergo a redesign, with new textures and new finishes added throughout.

Other Celebrity Revolution features include: Expansion of the new SEA Thermal Suite; new shopping experiences with name brands and designer products; elevated bars and lounges, including the newly reimagined Passport Bar and an expansion of Celebrity’s Gastrobar concept, serving more than 40 craft beers, cocktails, and comfort food; and more upgrades to public venues all throughout each ship, including The Hideaway, Team Earth, The Library, and more.

The first revitalization will take place in 2019, beginning with the Celebrity Millennium, and will continue across the fleet through 2023.