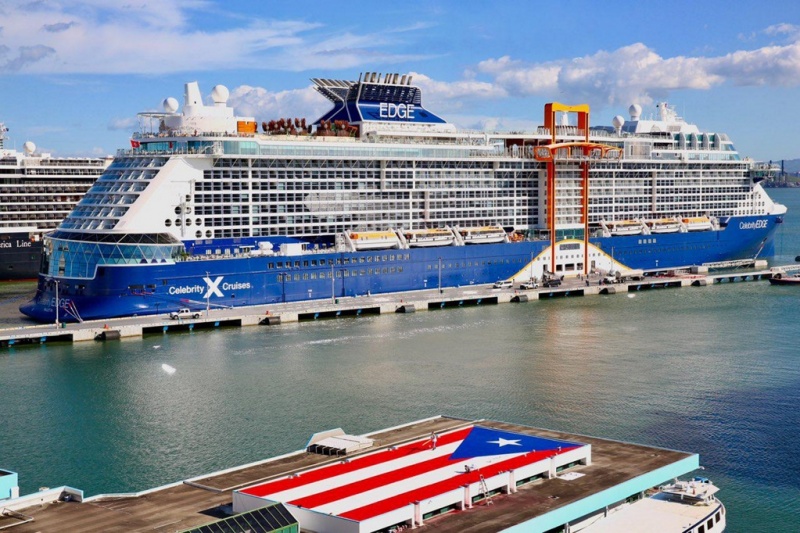 The Celebrity Edge made her maiden call to Puerto Rico on Tuesday, according to the Puerto Rico Tourism Company, as the ship docked in San Juan.

She thanked Celebrity Cruises in her prepared remarks for the company’s continued business, pointing out 10 Edge calls scheduled this season that will bring an economic impact of over $2.5 million to the island.

Anthony Maceira, executive director of the Ports Authority, was also on hand to welcome the new ship, helping to arrange a water cannon salute as the 129,000-ton vessel sailed into the harbor.

“The cruise industry continues to grow on the island by leaps and bounds. With the arrival of the Celebrity Edge, we are seeing three first-time calls in a one month period," said Campos. “These, plus three more we are expecting this month and next, take us to a total of six inaugural visits for the fiscal year, and represents a significant boost to our economy."