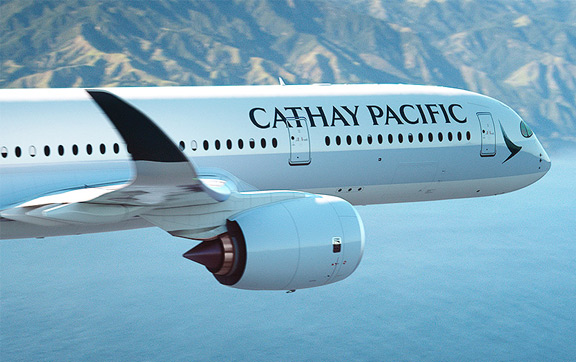 Cathay Pacific will launch new direct services to Brussels, Dublin and Copenhagen in the summer of 2018.

The new flights will be launched as a response to demand from Asia to travel to these popular destinations, as well as providing European travellers with convenient access to key destinations in Asia and the South-West Pacific region via the airline’s hub of Hong Kong.

Commenting on the planned services, CEO for Cathay Pacific, Mr Rupert Hogg said, ‘We’re excited to offer the only direct flights between Hong Kong and Brussels, Dublin and Copenhagen. These are all fantastic destinations and attract business and leisure travellers from the world over. We listened to our customers’ demands for more options and greater flexibility and have responded by building direct air links with these great cities.’

‘Growing our reach to new destinations that aren’t served from Hong Kong boosts the city’s status as Asia’s largest international hub and enables us to capture new and important sources of revenue.’

The three new routes will be serviced by Cathay Pacific’s Airbus A350-900 aircraft which feature the airline’s latest seat and cabin design. The aircraft’s enhanced inflight entertainment system, as well as Wi-Fi, will be available onboard all services to Brussels, Dublin, and Copenhagen.

The service to Dublin will begin on 2 June 2018 and flight CX307 will take off from Hong Kong on Mondays, Wednesdays, Thursdays and Saturdays at 0050 and arrive in Dublin at 0645. The return service will depart Dublin at 1155 and touch down in Hong Kong at 0705.