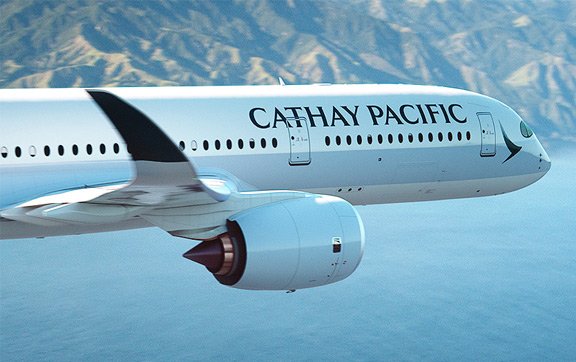 The first Cathay Pacific Airbus A350-900 service has arrived in Australia. On Wednesday February 1 flight CX105, operated by B-LRI, touched down at Melbourne Tullamarine Airport after a nine-hour flight from Hong Kong.

The aircraft spent just three hours on the ground before turning around and departing as CX104 back to Hong Kong.

The airline will add further capacity to the route from March 1 when it replaces a second service with a 340-seat Boeing 777-300ER. The Boeing will take over Cathay’s CX178 overnight flight from Melbourne, and the CX163 morning flight from Hong Kong. The aircraft upgrades will mean a 15.7 per cent capacity increase to Melbourne.

The Oneworld member has already increased capacity on flights from Sydney, where two of its four daily flights are now operated by B777-300ERs. Cathay Pacific’s general manager for the Southwest Pacific region has said in a statement that the airline is excited to have the A350-900 and to reveal to passengers the carrier’s newest amenities.

The A350 also uses 25 per cent less fuel than many other aircraft. Its Rolls-Royce engine makes for an overall quieter flight experience.

Mr Chin maintains, ‘[The A350] is transforming the way our passengers are travelling – it’s faster, smarter, and greener, and boasts our newest cabins’. The A350 helps Cathay Pacific deliver on its passenger promise of a ‘life well travelled’.