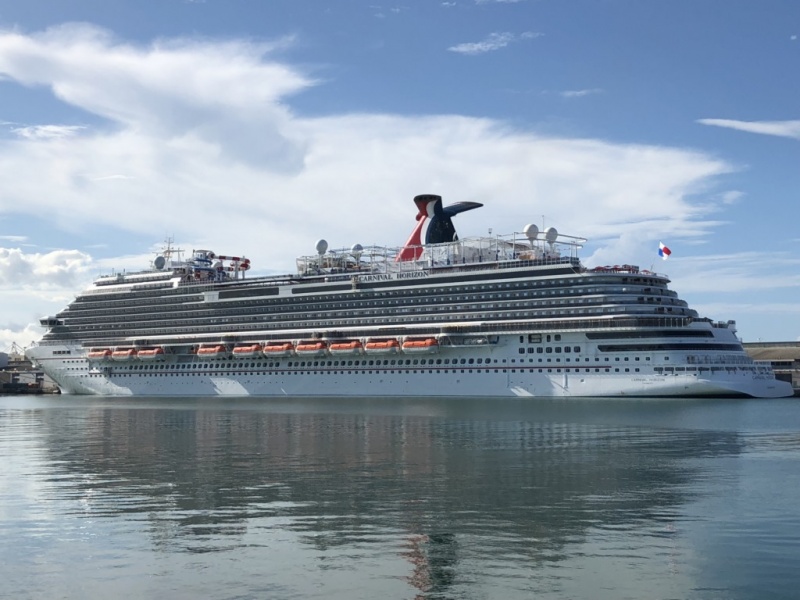 The festivities, which took place prior to Carnival Horizon’s inaugural two-day cruise, included the unveiling of a large Choose Fun bumper sticker on the ship’s stern, as well as a flyover from the Carnival AirShip.

During the event, Carnival presented a $25,000 to St. Jude Children’s Research Hospital representing funds from an online promotion in which consumers who posted a photo of the AirShip in social media with the hashtag #ChooseFun triggered a donation to the hospital and entered them in a drawing for free cruises and other prizes.

“With its awesome top-deck attractions and wide variety of al fresco dining experiences, Carnival Horizon is the ideal ship for the Caribbean and this event was a perfect way to celebrate her Miami arrival while benefiting the special children of St. Jude," said Christine Duffy, president of Carnival Cruise Line. “And we’ve taken our Choose Fun tagline to the next level by putting a giant a bumper sticker on our newest ship proclaiming our never-ending commitment to FUN!"

Added O’Neal: “In my role as CFO, I get to tell everyone just how much fun you can have on a Carnival cruise and I was absolutely thrilled to be a part of the festivities for the new Carnival Horizon which takes the concept of choosing fun to entirely new level with so much to see and do for guests of all ages."