The first of the airline’s 12 Dreamliners will take to the skies on its London-Atlanta route reducing the journey’s current CO2 emissions by a quarter. The new fleet of aircraft is in line with British Airways’ policy to reach its 2050 carbon emission target. 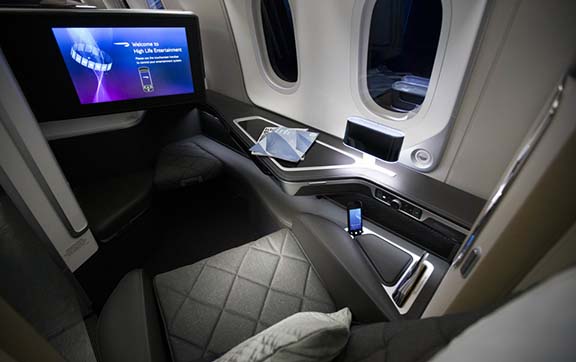 The Dreamliners will hold four different classes; First, Business (Club Suite), Economy Plus (World Traveller Plus) and Economy (World Traveller). First Class will feature eight brand new ‘First’ seats in a 1-2-1 configuration. These will feature a fixed 23-inch HD screen which can be watched during take off and landing, extra storage areas, a wardrobe within arm’s reach from the seat, a flat bed and a more personalised service. However, British Airway’s Club Suite will compete for its first class passengers with a 1-2-1 configuration of 48 seats, a closing door on each, a 79-inch bed and a 18.5-inch screen.

The addition of the dozen 787-10 Dreamliners is part of British Airways’ £6.5bn customer investment plan, despite its parent company IAG expecting a drop of £185m in 2019’s profits.

British Airways will be flying six of its 787-10 Dreamliner aircraft by the end of next year with further routes to be announced. The UK’s national carrier is set to become the country’s first airline to offset emissions on all its domestic flights by January 2020.

“The aircraft delivers a 25 percent reduction in CO2 emissions compared to the aircraft it replaces," the company’s CEO Alex Cruz told journalists, which is “another step towards our commitment to net zero carbon emissions by 2050."