Fast-track entry into the US might soon be on cards for Australian citizens. The move is part of a scheme known as Global Entry which allows those eligible to by-pass the queues at security and immigration desks.

A trial of 500 Australians will get underway this year and if all goes well, it will be rolled out to low-risk travellers across the country. Global Entry passengers arriving and leaving the US will have speeded up channels where they scan their chipped passports, fingerprints, retinas and fill out a customs form using a touchscreen. It’s expected to take as much as an hour off waiting times during busy periods.

The scheme is open via application and applicants will undergo rigorous security checks and an in-person interview at a Global Entry Enrolment Centre. Hopefuls will have to divulge information about employment, social media accounts, travel history amongst other things before a ‘know traveller number’ is handed out.

It’s expected to cost US$100 and participants will automatically be signed up for a TSA PreCheck. This is another fast track entry scheme run by 56 different airlines at 200 airports in the US. The difference between the two is while TSA makes some departure queueing times faster (you don’t have to remove boots, belts or laptops at security for example), the Global Entry scheme speeds things up on arrival to the US, too. 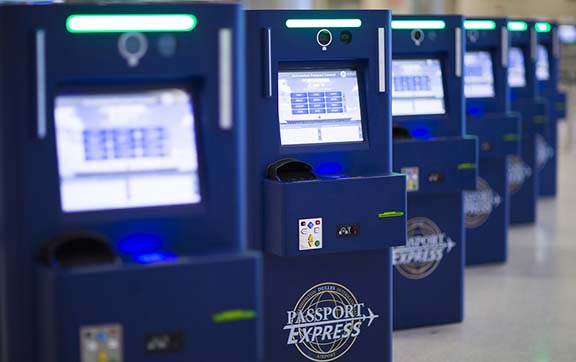