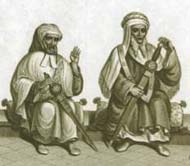 Day 1 (COSTA DEL SOL – ALGECIRAS – TANGIER – RABAT )
Morning departure for Algeciras to board the ferry crossing the Strait of Gibraltar towards Tangier. Panoramic sightseeing tour. Continuation to Rabat, capital of the Kingdom of Morocco. Rabat is known as the ‘White City’, owing to its whitewashed narrow streets, its beautiful houses with overhanging balconies and ornate doors of multicoloured mosaics. Dinner and accommodation.

Day 2 (RABAT – CASABLANCA – MARRAKESH (340km))
Breakfast. Sightseeing tour visiting the outside of the Royal Palace, the Mausoleum of Mohamed V and Hassan Tower. Rabat’s most famous landmark is the Tour Hassan, which overlooks the bridge to Sale. This historic minaret was begun in 1195 and was intended to be the largest and highest in the world. Meant to reach a height of more than 60m, it only made it to 44m. The tower still stands but little remains of the adjacent mosque which was destroyed by an earthquake in 1755. Only the re-erected but shattered pillars stand as a reminder of the grand plans of Al-Mansour. After the visit, departure to Casablanca. Panoramic tour of this cosmopolitan city and continuation to Marrakesh. Dinner and accommodation.

Day 3 (MARRAKESH – MEKNES – FES (500km) )
Breakfast and morning sightseeing tour of this Imperial city, capital of the Atlas region, visiting the Summer Royal Palace, Tombs Saadi, Kotoubia Tower and the famous Djemaa el Fna Square, with incessant activities. Marrakesh is one of Morocco’s most important artistic and cultural centres. It was founded in 1062CE by Almoravide sultan Youssef Ibn Tachfin. The focal point of Marrakesh is the Djemaa el Fna, a huge square in the old part of town. Late in the evening, rows of open are food stalls are set up and entertainers take to the streets. After the visit, continuation to Fes with a panoramic tour of Meknes on the way. Dinner and accommodation.

Day 4 (FES)
Half Board. Morning city sightseeing visiting the Old Kasbah and its IX century streets. Afternoon free to continue discovering this exciting city on your own. Fes is one of the oldest of the imperial cities of Morocco, having been founded shortly after the Arabs swept across North Africa following the death of the Prophet. Fes el-Bali is the original old walled Medina and is one of the largest and most interesting in the world. It is an incredible maze of twisting alleys, arches, mosques, medersas, shrines, fountains, workshops and markets. Dinner and accommodation.

Day 5 (FES – CEUTA – COSTA DEL SOL)
Breakfast. Departure to Ceuta with short time for shopping and to board the ferry back to Algeciras. Continuation to Costa del Sol. Arrival and end of tour.