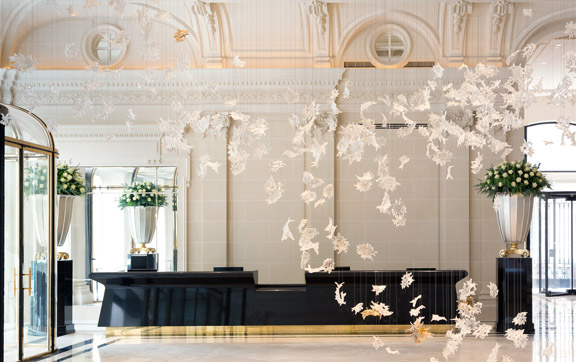 Plan your getaway with the luxury of time and be rewarded with great rates and special privileges to enjoy the incredible experiences at The Peninsula Paris: 20% off any Suite booking and 15% off Deluxe room bookings.

*Rates are subject to tax & service charges. Rates are valid for single or double occupancy.

*Rates are subject to availability and may change without notice. Rates are based on the lowest available and may differ at time of booking. For additional room types and further information on terms and conditions, please confirm with our Travel Specialists at time of booking.

Rates may be subject to change due to Exchange Rate fluctuations.Use currency converter as a GUIDE ONLY. 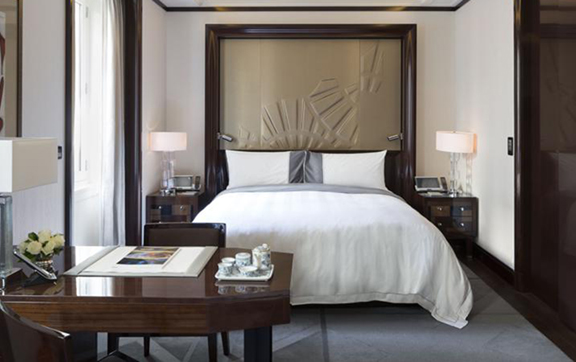 Inspired by Paris’ rich heritage and fashion chic, all rooms and suites are styled in soft tones of grey and cream accented with high-gloss lacquered furnishings and detailing to accentuate a sense of luxury and space. Artfully combining distinct Parisian influences with Peninsula signature functionality, the rooms showcase classical craftsmanship yet with a taste of timeless and modern aesthetic.

Furniture in the rooms and suites has been exclusively created for The Peninsula Paris by some of the world’s top designers, including chairs and ottomans by Rosello and sofas and bedframes by Laval – both French companies – while writing desks and bedside tables are by Austrian designer Robert Wolte, coffee tables from Cassina in Italy and carpets by Tai Ping.

About The Peninsula Paris 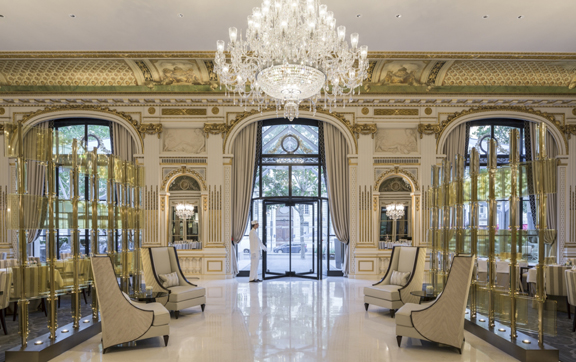 Perfectly situated at 19 Avenue Kléber, just steps from  the Arc de Triomphe, The Peninsula sits in the heart of Paris within walking distance of some of the world’s most famous monuments, museums and luxury shopping districts.

The Peninsula Paris is located in a late 19th century classic Haussmanian building,  which first opened as one of Paris’s most luxurious “grands hotels” in 1908. Steeped in history, the property has been meticulously restored and discreetly modernised with the ultimate in 21st century convenience. The Peninsula houses 200 luxurious rooms, including 34 suites, which are among the most spectacular in the city.

Six years in the making, some of France’s finest artisans were hand-picked to undertake this stunning restoration. From the building façade to interior elements including fine marble, rich wood panelling and gold leaf finishing, the result is the ultimate in French craftsmanship.

With its collection of eclectic restaurant and dining options, The Peninsula Paris promises to bring a new dimension of dining to the City of Light. Open daily, six venues showcase the very best of France and The Peninsula – The Lobby, LiLi Cantonese restaurant, The Kléber Terrace, The Kléber Bar, The Kléber Lounge and L’Oiseau Blanc rooftop restaurant, bar and terrace, offering stunning views over Paris.

This luxuriously appointed, 1,800 sq m (19,000 sq ft) area within the hotel allows guests to refresh and revitalise body and mind. A streamlined design, dotted with plant and mineral notes, exudes an immediate sensation of well-being, refinement and luxury; all key concepts at The Spa at The Peninsula Paris, and of every Peninsula Spa worldwide.