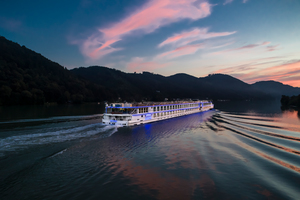 The Volga  is the longest river in Europe; it is also Europe’s largest river in terms of discharge and watershed. It flows through central Russia and is widely viewed as the national river of Russia. Eleven of the twenty largest cities of Russia, including Moscow and St. Petersburg are situated in the Volga’s drainage basin. Some of the largest reservoirs in the world can be found along the Volga. The river has a symbolic meaning in Russian culture and is often referred to as Mother Volga in Russian literature and folklore.