With a history reaching back almost 100 years, Lufthansa Airlines is a trusted and respected name in air travel. Utilising their extensive network of Star Alliance partner airlines including; Qantas, British Airways, Thai Airways and Singapore Airlines, they offer various gateways through Asia, North America and Africa. 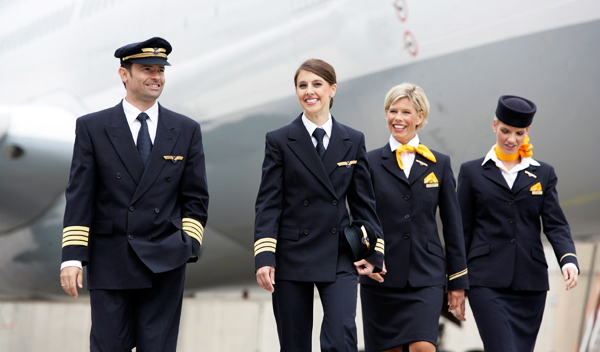 Consistently voted among the World’s best airlines they continue to expand their premium selection with a brand new Business Class being rolled out across their fleet. With access to tens of thousands of flights each day, you will always arrive on time and relaxed with Germany’s flag airline.

Lufthansa and SWISS airlines teams up with Singapore Airlines to offer seamless first-class travel from Australia to Europe.

Review of Lufthansa's A380 First Class from Shanghai to Frankfurt.

The Biggest Difference Between First Class and Business Class

First class vs business class for the ground experience, comfort, service and food.

Lufthansa To Offer Broadband Internet On Board

From early summer 2016, Lufthansa will be the first network airline in Europe to offer broadband on board its short

Lufthansa has launched Airbus A380 flights to Houston. The inaugural flight LH440 departed Frankfurt at 10:10 AM on 01Aug12, and arrived