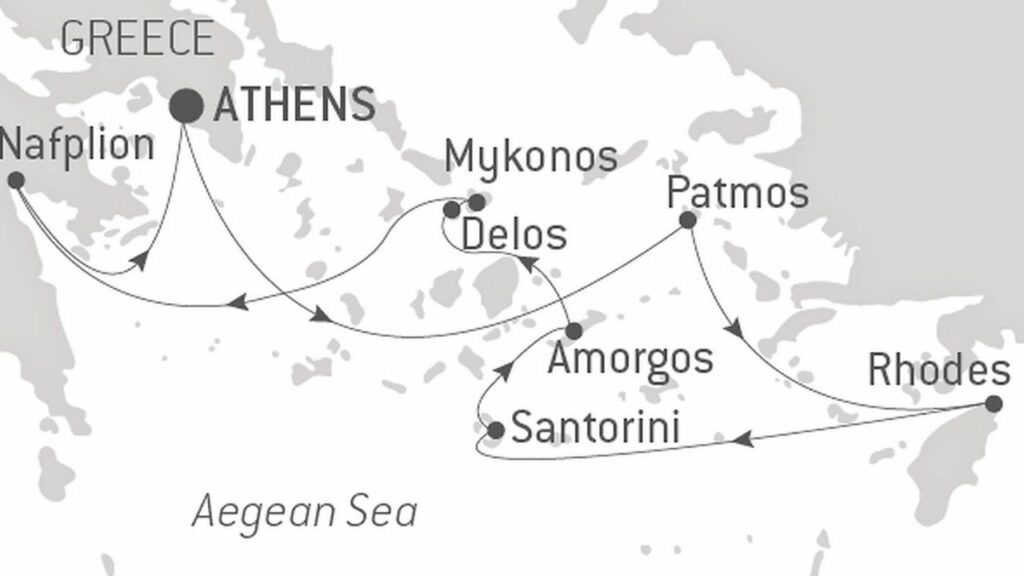 Le Jacques-Cartier combines the desire for adventure with five-star travel. This luxury modernised ship is environmentally friendly and equipped with innovative technology. Le Jacques-Cartier is part of a collection of Ponant voyages that are specially-tailored for English-speaking travellers who want to engage with the world.

In addition to the usual elements of the Ponant experience, the listed price for these voyages includes transfers to and from the ship and a shore excursion or activity in each port of call. These activities encourages guests to embrace the sights, sounds, tastes, and smells of the island and culture.

This leisurely ship will voyage through the heart of Aegean. It is the perfect introduction to all that Homer’s ‘wine-dark sea’ has to offer. Ancient sites, resonating with a mythical past, compete for your attention with the whitewashed homes of farmers and waterfront cafes. 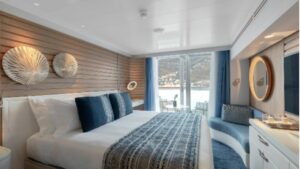 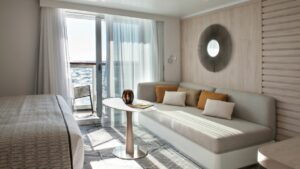 Based on Deck 3 (lead in category) 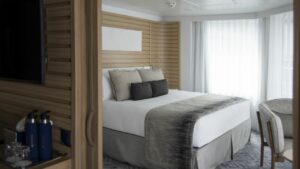 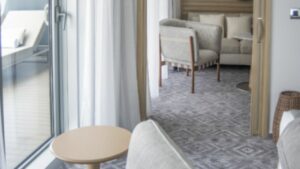 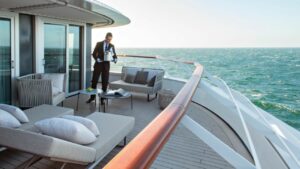 Priority boarding
Champagne and a basket of fruit on arrival
Butler service
An assortment of sweet or savoury canapés and a basket of fruit every day
A bedroom with one king-size bed (180 x 200 cm) or two single beds (90 x 200 cm) and TV
A lounge with sofa bed, armchair and TV
A bathroom with shower, balneo bathtub and smart mirror
A private 32 m² terrace with two deckchairs and a four-seater dining table
2 panoramic sliding bay windows 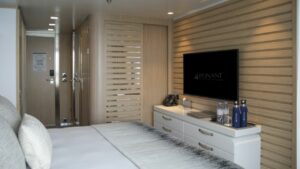 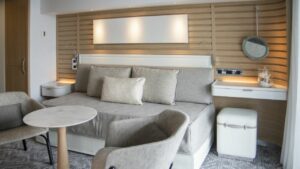 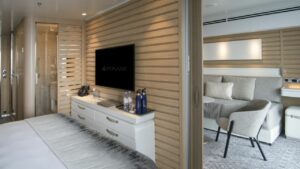 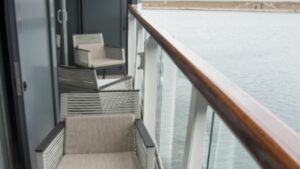 Based on Deck 4 (lead in category) 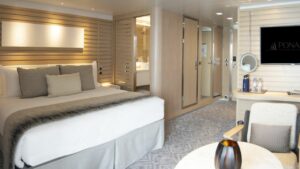 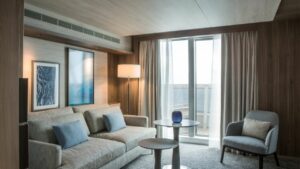 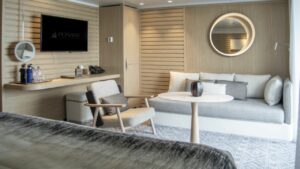 Based on Deck 5 (lead in category) 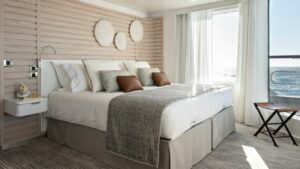 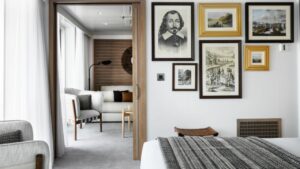 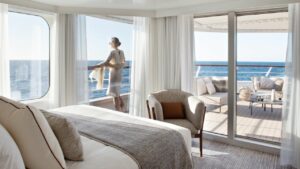 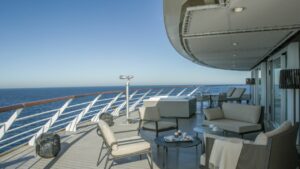 Private return transfer
Priority boarding
Champagne and a basket of fruit on arrival
Butler service
An assortment of sweet or savoury canapés and a basket of fruit every day
A lounge with armchair, double sofa bed and TV
A bedroom with king-size bed (180 x 200 cm) or two single beds (90 x 200 cm) and TV
A bathroom with shower, balneo bathtub and smart mirror
A one-hour spa care for one person in the well-being space, chosen from the facial and body treatments on offer
A private 40 m² terrace: 2 deckchairs, jacuzzi, outdoor lounge area with a sofa and an armchair
Two panoramic sliding bay windows 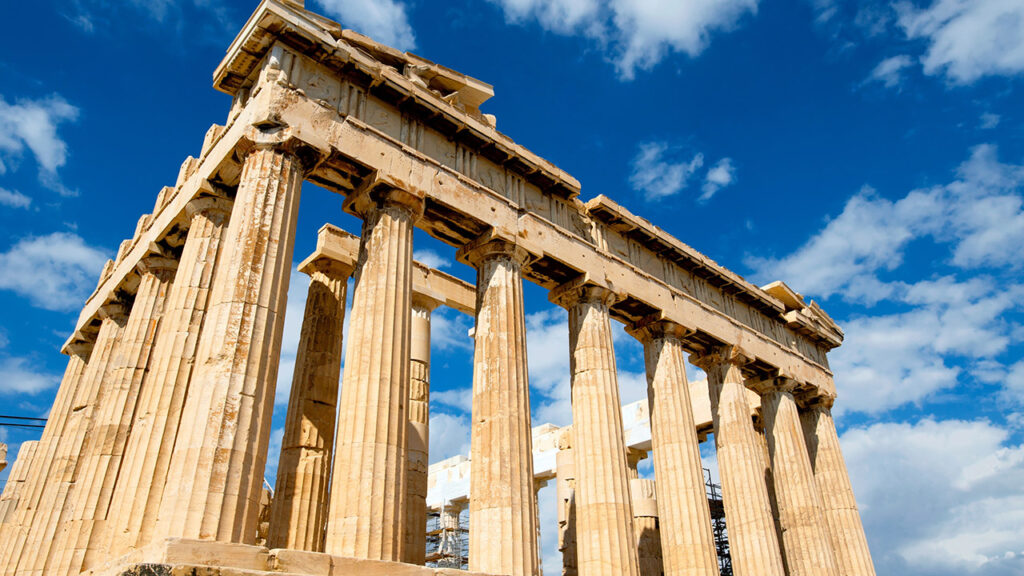 The Greek capital city is located on the edge of the Saronic gulf, in the east of the country. You will be enchanted by the rocky plateau presided by its monuments listed as UNESCO World Heritage. You can visit some of the liveliest districts in Athens: Plaka, with its maze of colourful streets. The National Archaeological museum and the Cycladic Art Museum are also some of the city’s key attractions and allow visitors to discover Athens’ cultural past. 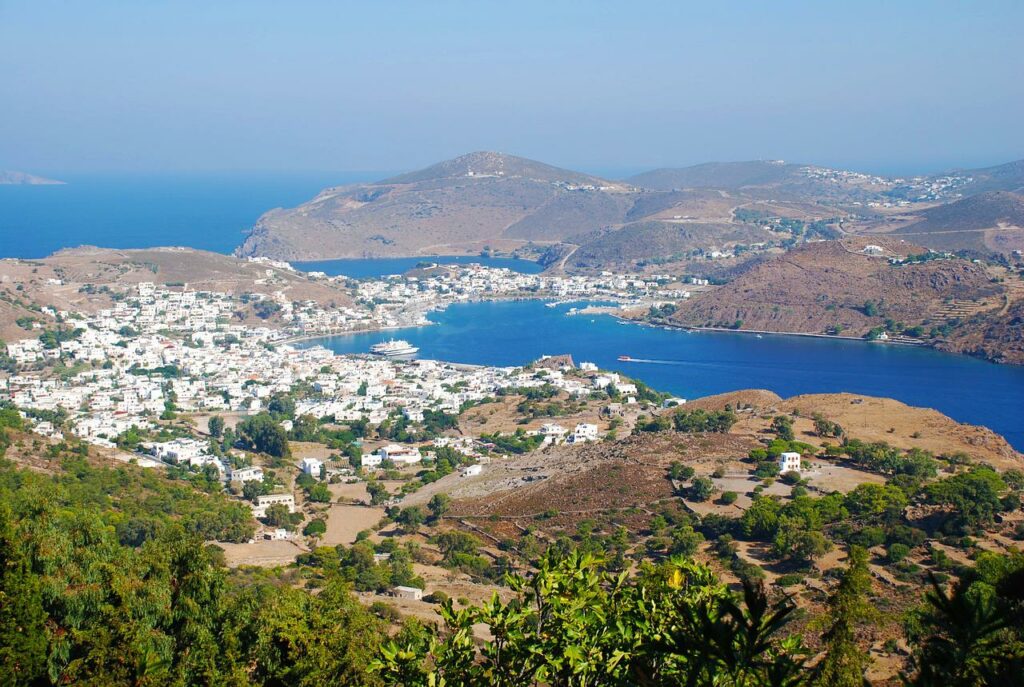 Patmos is one of the historical islands located in the Dodecanese. The cave of the Apocalypse and the Saint John Monastery are sites, which are listed by UNESCO as World Heritage, they are located at the top of a hillside planted with vines and orchards. On the shore, the crystalline coves of Kambos and Lampi offer absolutely  beautiful swimming areas. 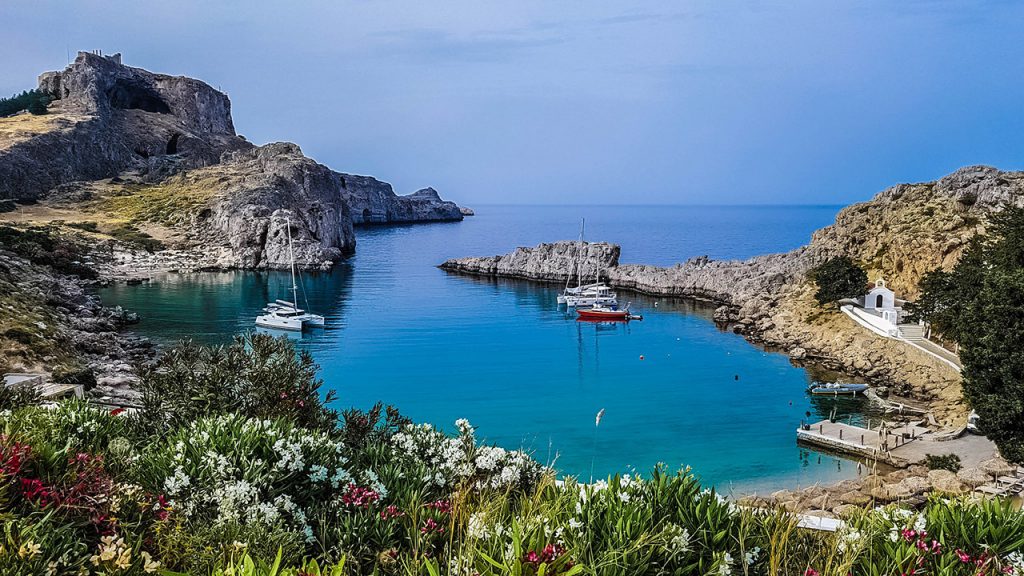 Rhodes island invites you to walk its pathways and discover its immaculate villages and medieval city, a UNESCO World Heritage site. At the centre of the island the mountains are covered in forest and on the western slopes we find vineyards and crops. Do not miss this peaceful island with its spectacular beaches and its large walkways, perpetuating the myth of the famous Colossus, the legendary statue that is one of the Seven Wonders of the World. 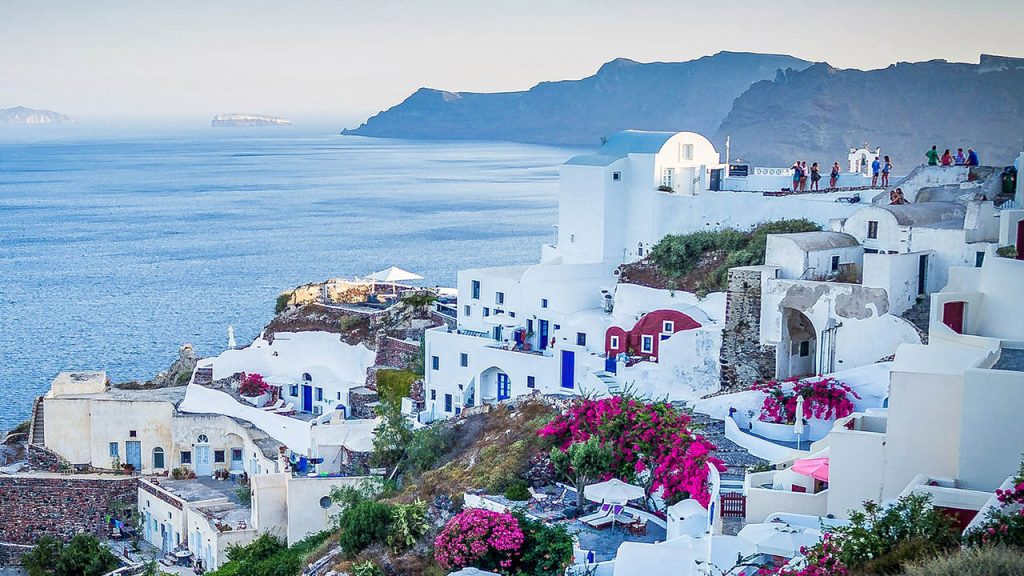 The Beautiful volcanic island of Santorini stands out proud in the Cyclades. To enjoy expansive views of the Aegean, you can head for the capital, Fira. Its floral belvederes of bougainvillea provide a bird’s-eye view of several thousand metres of coastline. Further away, the gorgeous village of Oia looks like a stairway of blue and white houses on the slopes of the volcano. In the south of the island, you will be able to visit the stunning ruins of Akrotiri, an ancient city destroyed by an eruption and covered with a thick layer of lava stone. 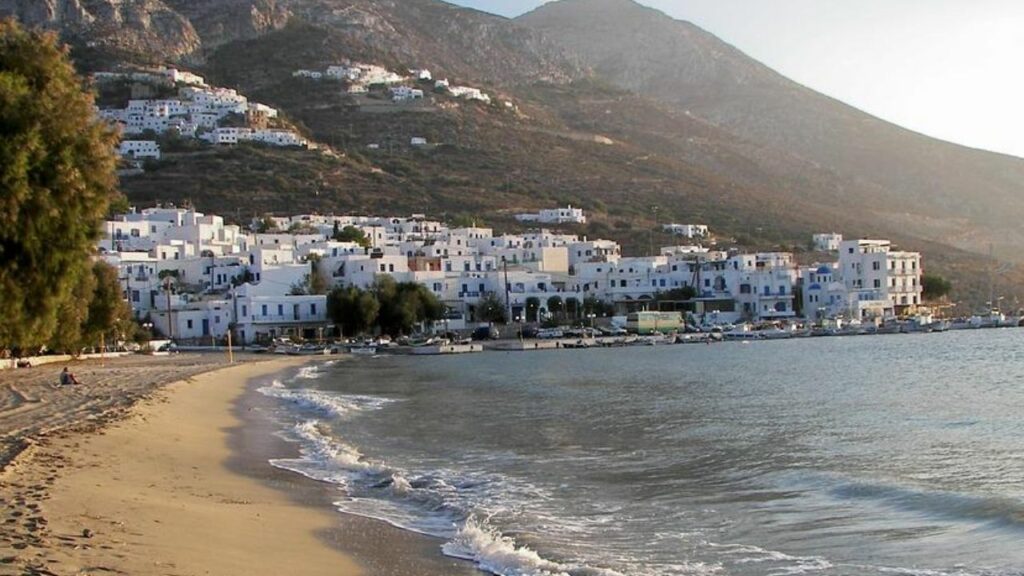 Amorgos is one of the beautiful islands located in Cyclades and stands out for its rocky inlets with crystal-clear water and its small villages. This port of call will be your chance to visit one of the prettiest villages in the Cyclades, Chora, and discover its cobbled streets and whitewashed houses overlooked by a castle. Byzantine churches, windmills and courtyards brimming with flowers complete this typical tableau of timeless Greece. 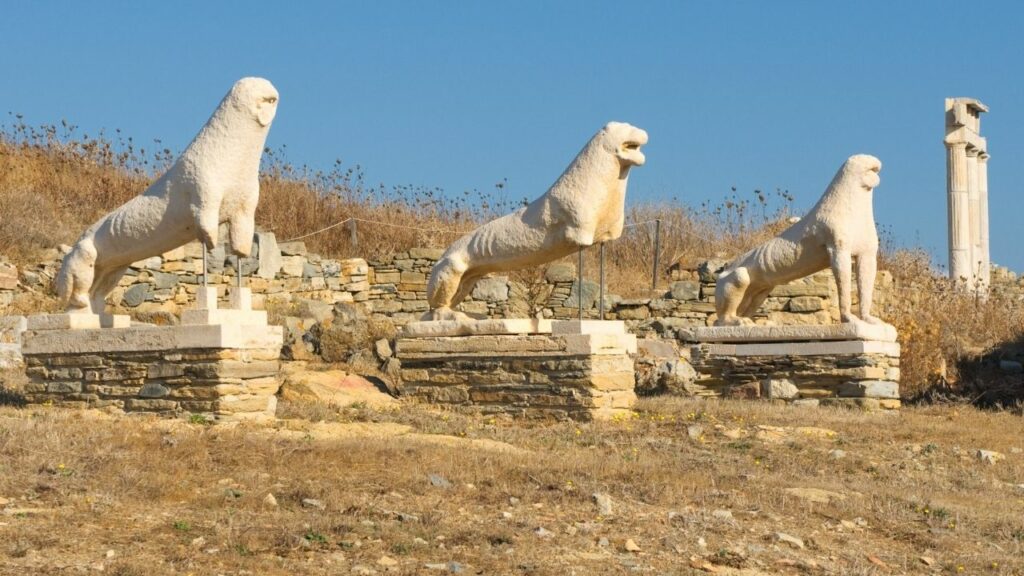 This legendary Cyclades island of Delos stands just a few miles southwest of Mykonos. This UNESCO World Heritage site covers over half of the island. From the Stoa of Antigonos, the Terrace of the Lions, to the carved marble animal statues, you will make discovery after discovery. The theatre steps on the hillside are a particularly good place from which to enjoy the expansive view. 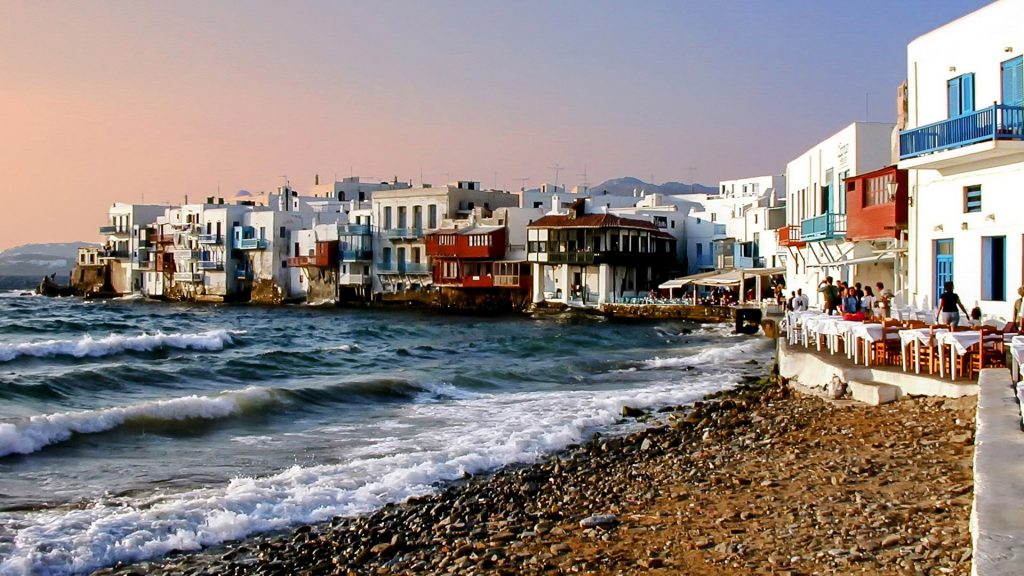 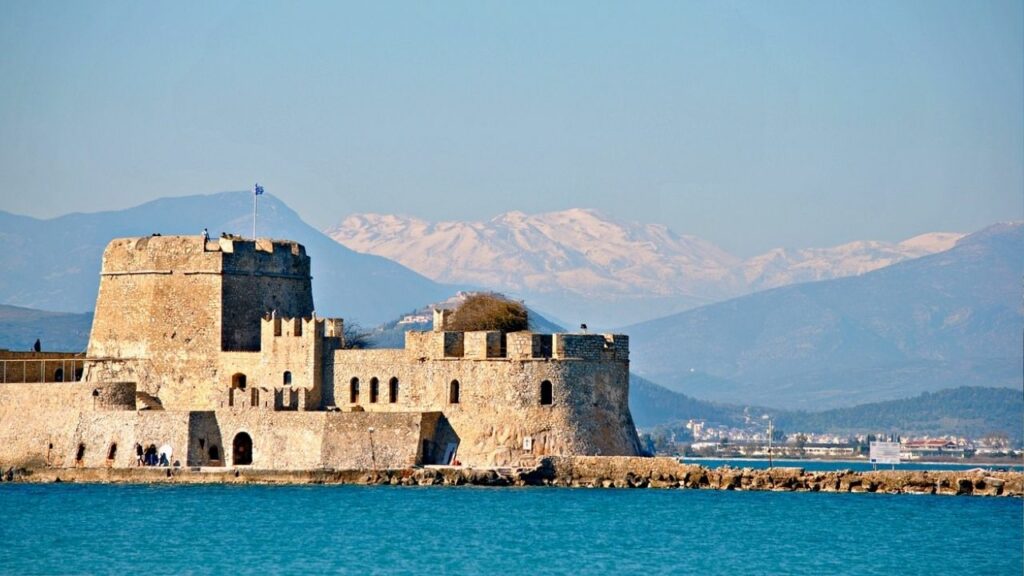 The town of Nafplion is staggered up green hillsides of the Argolic Gulf. Nafplion has extremely varied cultural heritage. Some of the site visits include the ancient agora on the plateau of Akronafplia, Italianate arcades in Syntagma square as well as the baroque fortress of Palamidi on a hillside. At the top of the hill, views of the gulf and the surrounding mountains are simply Spectacular. You can chill out by the water’s edge, walk along the Arvanitia promenade to a beautiful creek in the shade of cedars and cypresses. 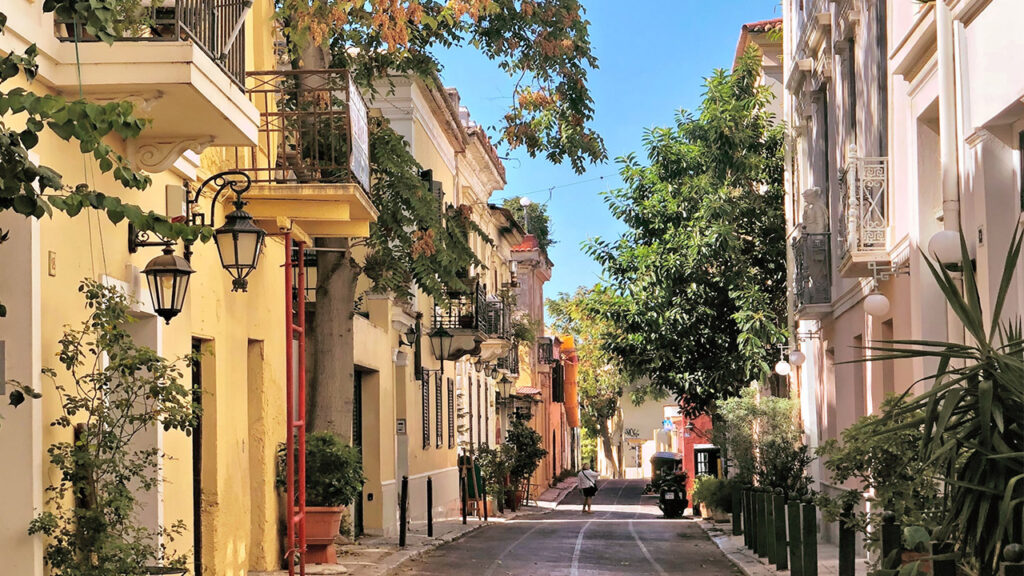 In keeping with the philosophy of PONANT and the PONANT EXPLORERS, Le Jacques-Cartier combines the desire for adventure with five-star travel. A modern ship with slender, tapered lines, it is environmentally friendly and equipped with innovative technology.
Tastefully decorated, Le Jacques-Cartier reflects the universe so dear to PONANT, with its light tones and open-to-the-sea design providing soft light and luminosity at every instant of the day. Its ethnic chic ambiance pays homage to the destinations we visit.

Located below the waterline, the Blue Eye, the first ever multisensorial lounge, offers a unique experience: the opportunity to enjoy undersea views and the sounds of the marine world whilst sharing a glass together.

Gastronomic restaurant – Deck 4
Towards the rear of deck 4 you’ll find a panoramic restaurant large enough to accommodate all our passengers at one sitting. Offering a different concept than on our other ships, this space is open to the exterior and serves buffets of salads, desserts and cheeses. Our discreet and attentive staff provide a table service for hot meals 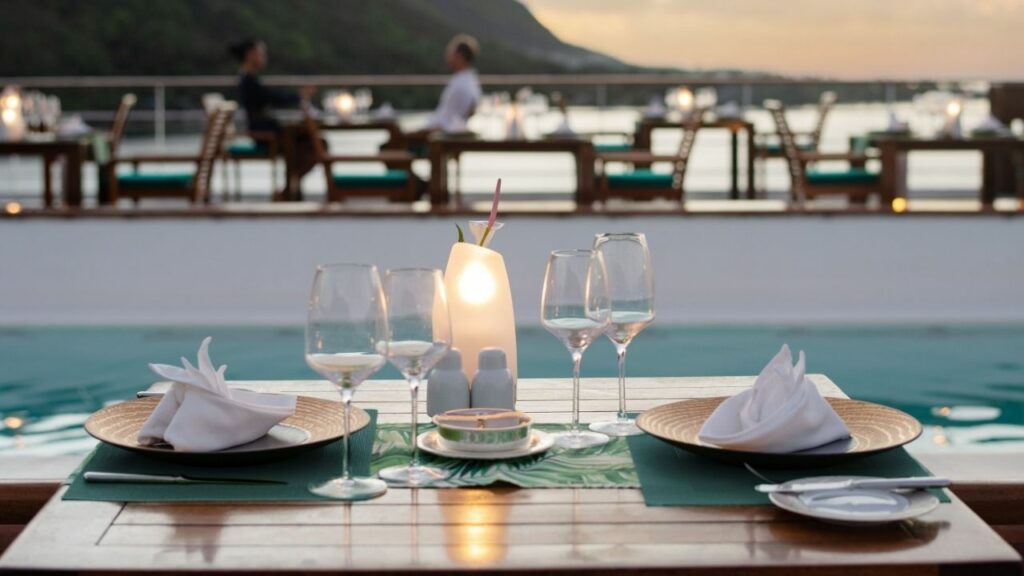 Deck 3
An exterior grill restaurant on deck 3 offering a relaxed ambiance and atmosphere:

Capacity: 70
Views out over the pool deck
Grilled meats and a variety of salads and desserts

The hydraulic platform – Deck 2
Much easier onboard access than on any other cruise ship
Easier disembarking and embarking by Zodiac when participating in expeditions
Swimming and bathing in the sea and various nautical sports, such as kayaking and paddleboarding 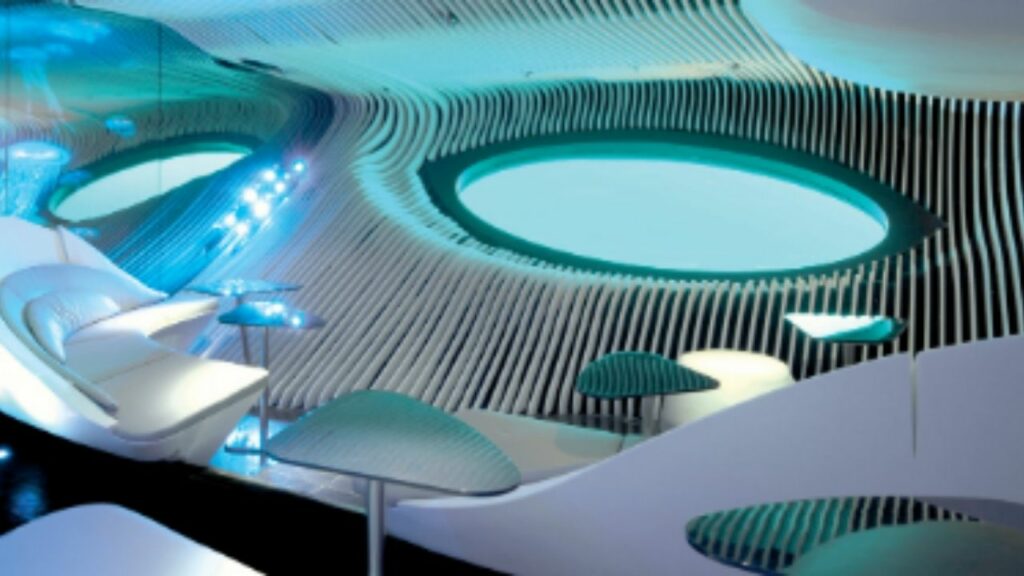 The pool deck – Deck 3
A swimming pool offering panoramic views and equipped with a counter-current system
A pleasant, attractive sun deck
An exterior bar and lounge equipped with armchairs and sofas


PONANT was founded in 1988 by officers of the French Merchant Navy who launched France’s first cruise ship company. For over 30 years PONANT has combined exceptional itineraries to take their guests on cruise voyages that are simultaneously authentic and sophisticated. Their luxurious ships are smaller in stature and as such are able to visit less-frequented ports and little-known anchorages to offer immersive cruise experiences.