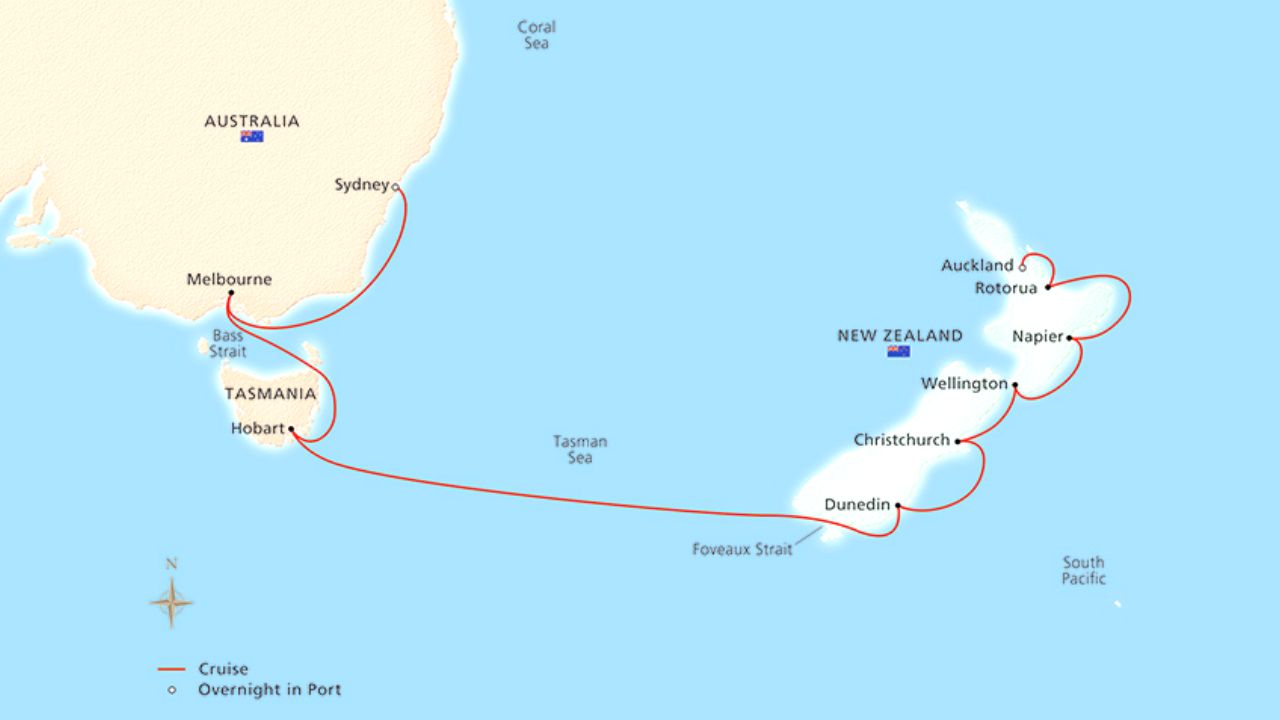 From the metropolitan cities of Melbourne and Sydney to the natural beauty of coastal New Zealand, guests will discover Aussie & Kiwi splendors with nine ports of call during this 15-day journey. 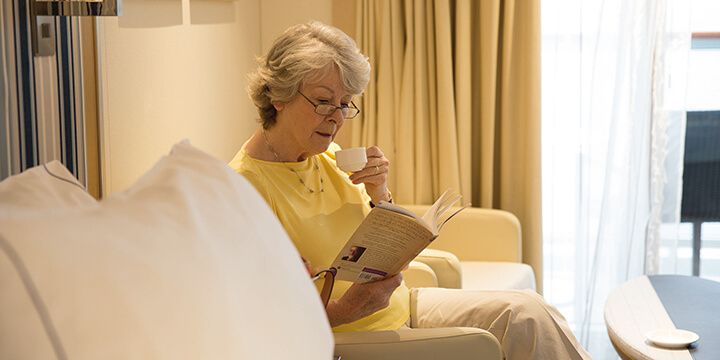 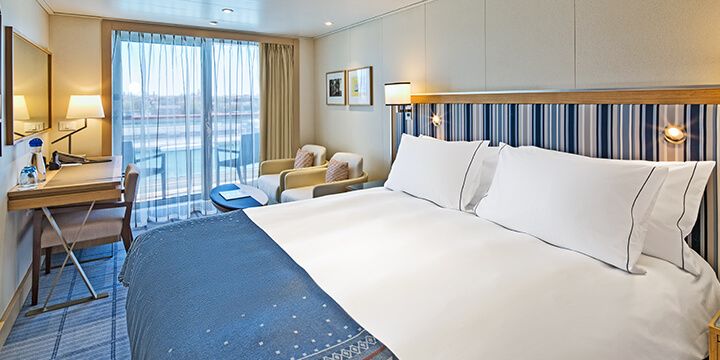 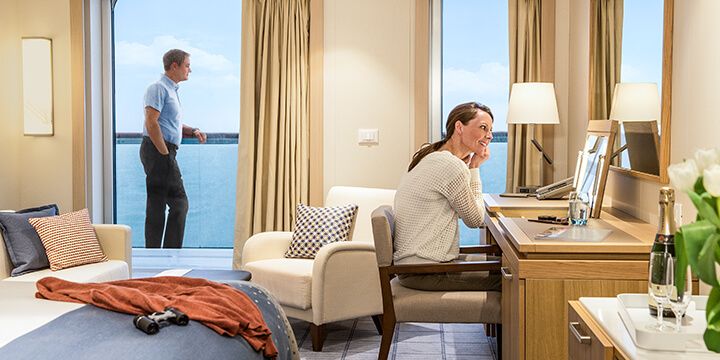 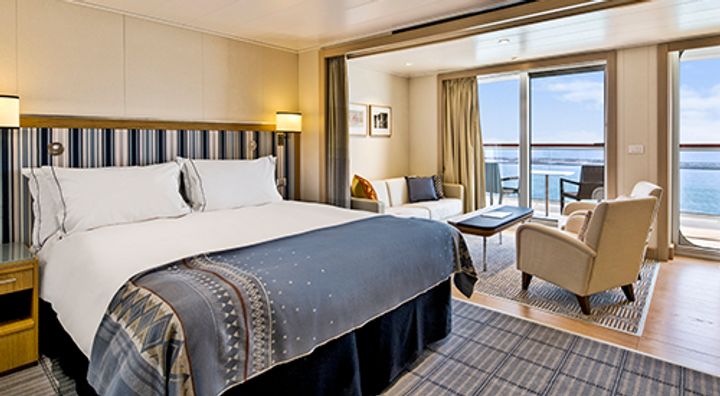 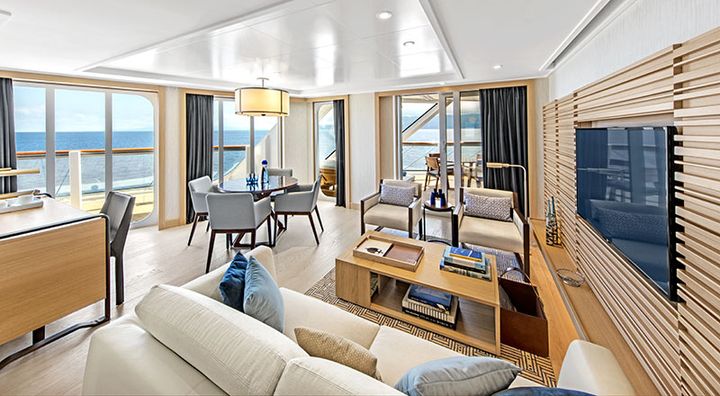 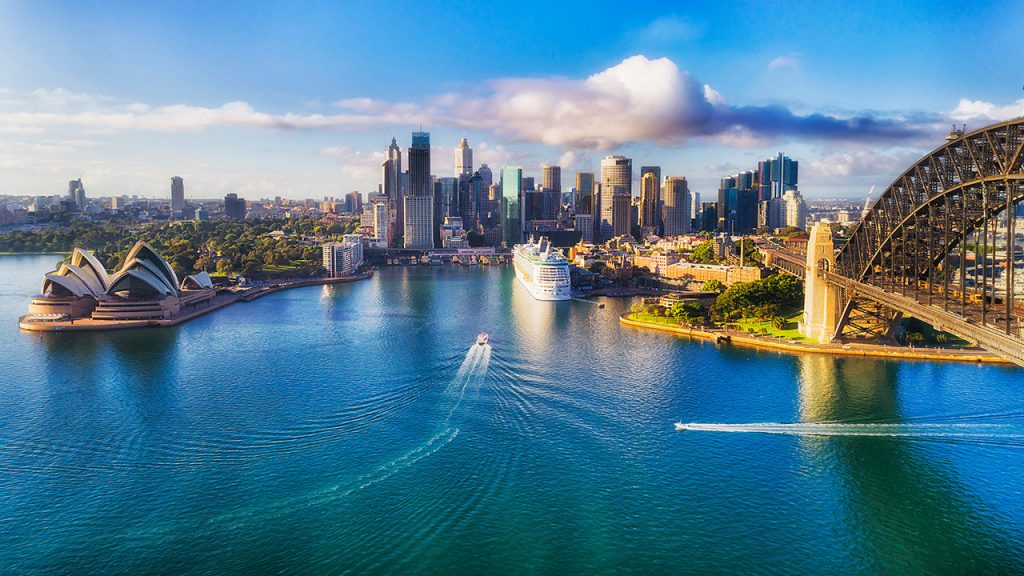 Embark your ship and settle into your stateroom. Sydney was founded as a penal colony in 1788 and is celebrated for its magnificent natural harbor. It has grown into the major cultural center of Australia, beloved for its all-embracing, free-spirited nature. The cultural jewel in its crown is the iconic Sydney Opera House, a UNESCO World Heritage Site nestled harborside like a gleaming white bird taking wing. Adjacent, the Royal Botanic Garden displays one of the world’s most important horticultural collections across its 70 acres of flora-lined pathways. 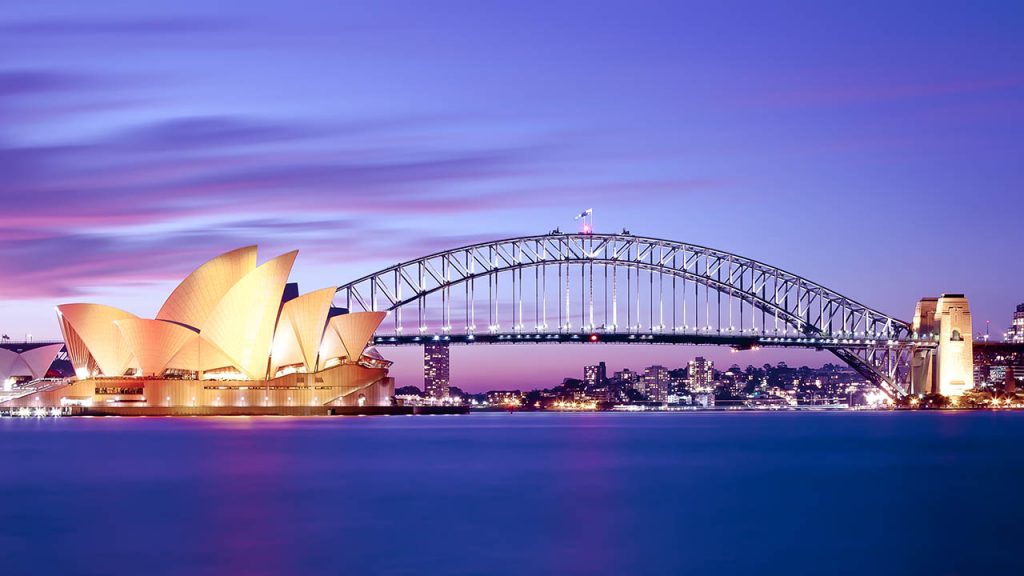 In the heart of Sydney, The Rocks is the city’s district of restaurants, galleries and shops. But its streets were not always so welcoming; during the 19th century, they were the haunt of ex-convicts and sailors who wandered among buildings made of clay and wood, thatched roofs or locally quarried sandstone—the district was named for the latter—looking for trouble. Many original structures have been razed and replaced, however one of the few to have survived in this is the Lord Nelson, Sydney’s oldest pub brewery that has been serving pints and other libations since 1841.

Trace one of Australia’s most scenic regions along the southeastern shore of the continent on the Bass Strait. As you sail today, savor a range of international cuisine on board. Choose from a variety of international flavors at the World Café, enjoy al fresco dining on the Aquavit Terrace, or regional specialties in The Restaurant. 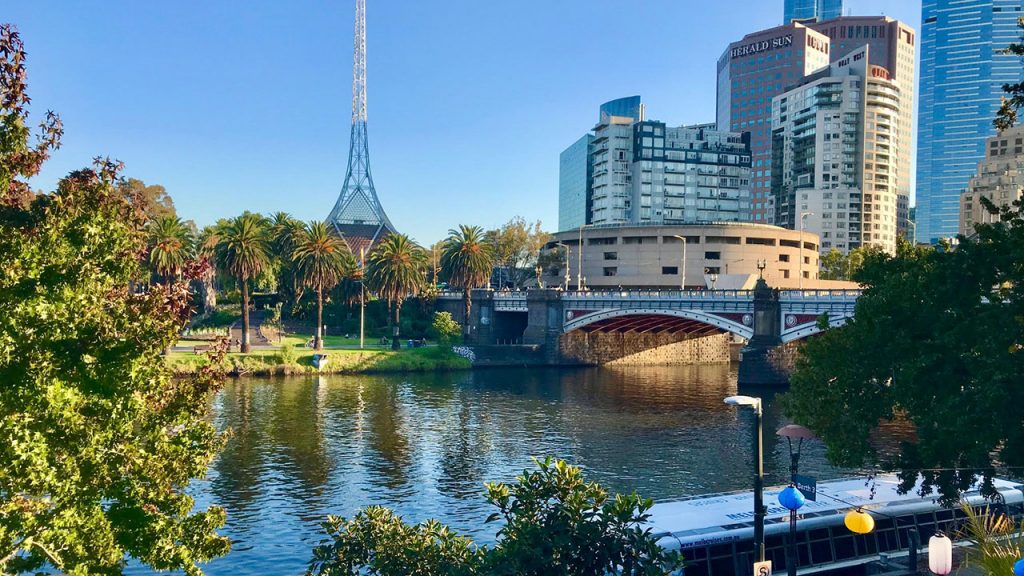 Melbourne has been called the world’s most livable city. It enjoys a scenic setting on the large bay of Port Phillip. Soon after Queen Victoria declared it a city of the Crown in 1847, the rush to find gold in its rivers made it one of the world’s largest and wealthiest cities. Today, it is celebrated as the country’s cultural capital of the arts and exudes a rich and lively British flair, from its narrow shopping lanes to the fanciful Victorian buildings along Collins Street. A literal slice of England can be found within 64 acres of beautiful blooms at Fitzroy Gardens.

Separating mainland Australia from the island of Tasmania, the Bass Strait was discovered by British explorers George Bass and Matthew Flinders in 1799. This discovery allowed merchants and explorers to cut 700 miles off their journeys from Europe or India. The largest archipelago in the waterway’s eastern reaches, the Furneaux Islands, once formed a land bridge between Tasmania and Australia. In the strait’s western region, King Island hosts several settlements and is on the migration route of several bird species. 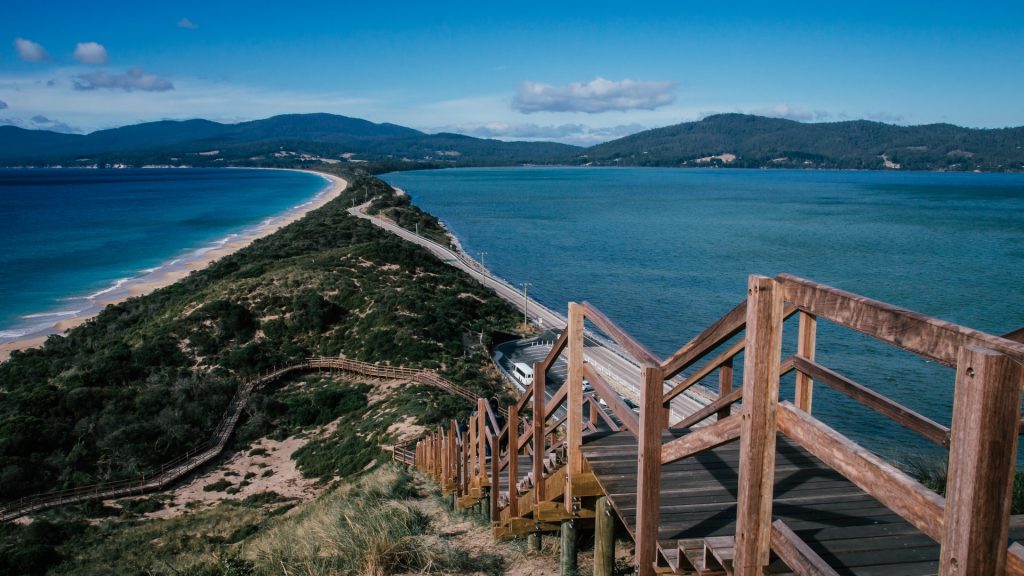 Tasmania, Australia’s smallest state, was named after Dutch explorer Abel Tasman. Its capital, Hobart, was founded as a penal colony for some 300 inmates. Today, the charming city boasts the world’s second-deepest natural harbor, a mild climate and a picturesque setting on the banks of the Derwent River. Its remarkably preserved architecture dates to Georgian and Victorian times, and traditional pubs transport visitors back to Old England. Nearby, Port Arthur is an open air museum chronicling the relocation of convicts here by the British during the 18th and 19th centuries.

“Cross the ditch” as you sail today, a term coined to refer to a voyage on the Tasman Sea, just as many Americans and Europeans refer to a trans-Atlantic journey as “hopping the pond.” Admire the views as you sail today and enjoy an al fresco dining experience. The Aquavit Terrace serves a range of International fare and casual dining favorites, as well as a range of superb cocktails inspired by our destinations.

The narrow Foveaux Strait separates New Zealand’s South Island from Stewart Island, also known as Rakiura (or “the Land of Growing Skies”) after its Māori name. The small town of Bluff is the South Island’s southernmost settlement and is dominated by Bluff Hill to its west. With a permanent population of less than 400 people, Stewart Island is New Zealand’s third-largest island, ringed with bays and blanketed with lush forests. 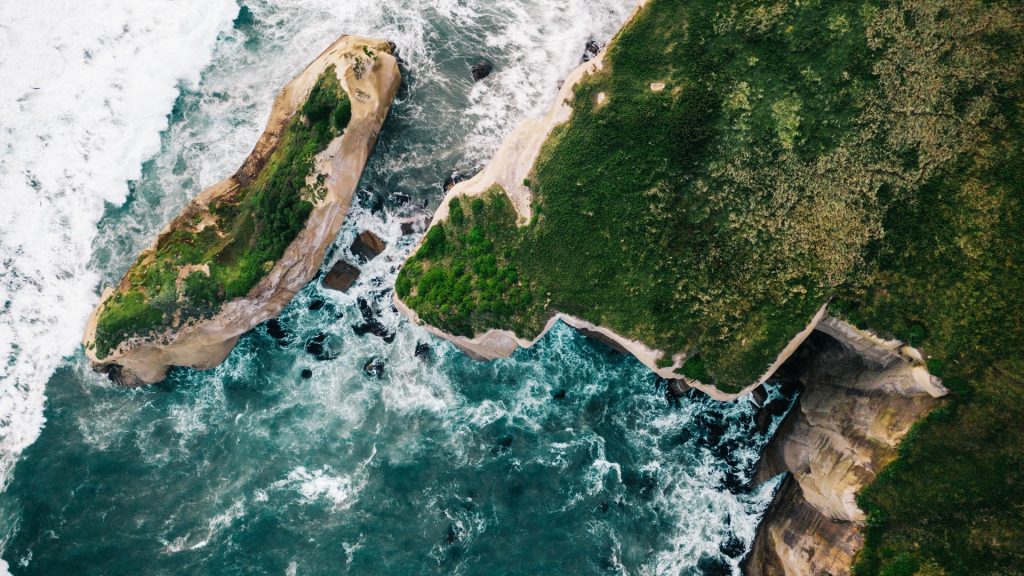 Dunedin and Port Chalmers lie on the 12-mile-long Otago Harbour. At the heart of the city, Dunedin is home to New Zealand’s first university, built in 1871. This lively college town is one of the South Island’s cultural capitals. Neighboring Port Chalmers has a thriving arts scene, inspired by its setting. Across the water, the distinctive Harbour Cone summit rises on the Otago Peninsula. Together, this unspoiled region is a breathtaking vista of mountains and sea, and home to seals, penguins and seabirds, including the only mainland colony of albatross in the world. 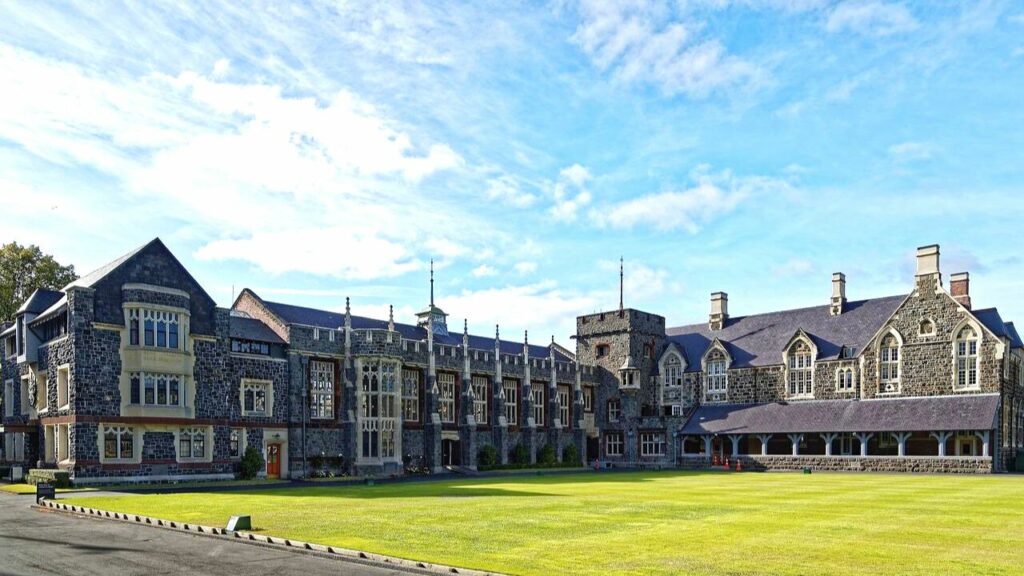 Christchurch is the largest city on New Zealand’s South Island. Named after Christ Church College in Oxford by English pilgrims from Canterbury, it retains much of its original British flavor, from the Gothic Revival cathedral to the punting excursion boats on the tranquil Avon River. The city embraces another English tradition: it is home to so many green parks that it has been nicknamed the “Garden City.” Its lush Botanic Gardens ranks among the most important in the world, hosting plants from six continents, a rock garden and a water garden of lilies and irises. 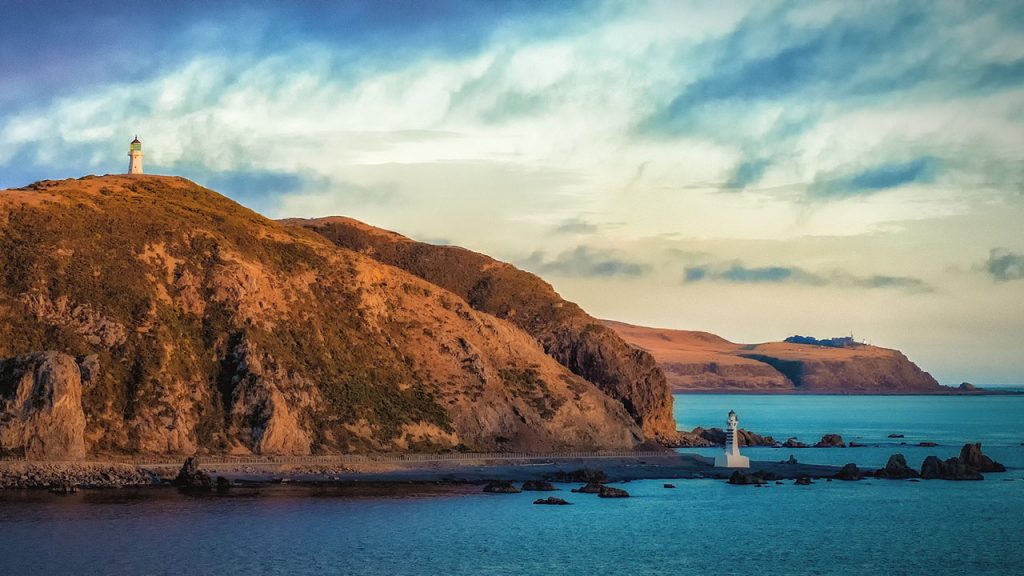 Wellington, the capital of New Zealand, enjoys a splendid setting and is hailed by many as the “coolest little capital in the world.” Its history is embodied in a rich collection of architecture, from classic weatherboard wooden cottages and the clean lines of art deco to Edwardian and postmodern wonders. The city’s neoclassical Parliament House stands out and is listed as a Heritage New Zealand building for its history and cultural significance. The city hosts an array of arts and cultural institutions, including museums, symphonies, ballet and film. 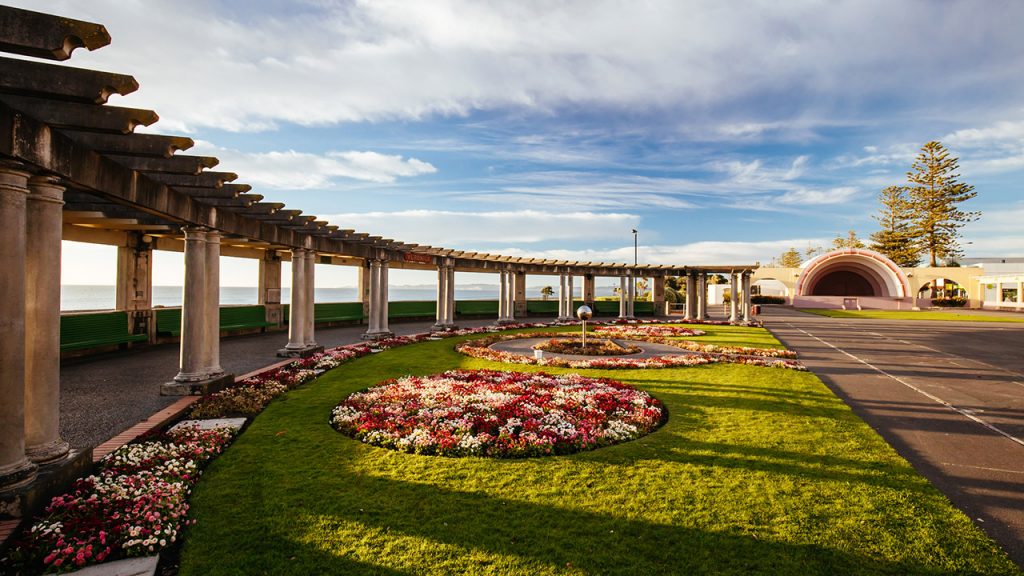 Napier is an impressive cityscape of art deco architecture often compared to Miami Beach for its splendor. Built after much of the city was destroyed during a 1931 earthquake, the stunning “main street” design and art deco flair combine to create a city unlike any other in the world. The National Aquarium, one of the finest in New Zealand, can be found in Napier. Nearby, Hawke’s Bay boasts more than 70 vineyards. The first ones were introduced by French missionaries during the mid-19th century. The city also holds claim as the largest wool center in the Southern Hemisphere. 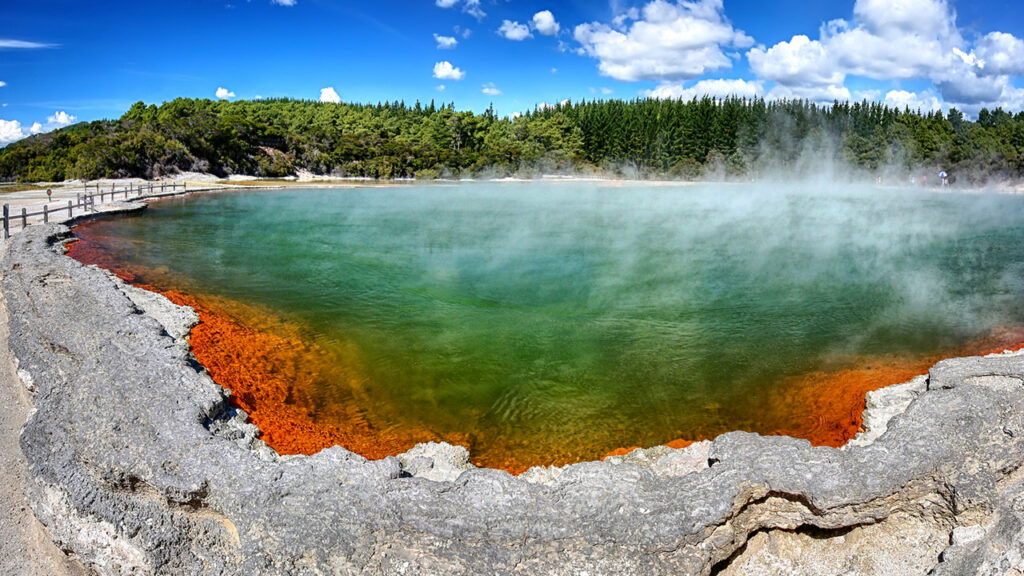 Tauranga, nestled on the Bay of Plenty, is watched over by the dramatic Mt. Maunganui, an extinct volcano that helped shape this spectacular region of white-sand beaches and azure waters. The Māori arrived here in the 13th century, followed by the British 600 years later. Today, the city is home to a thriving cultural scene and stunning vistas of mountains rising from the surrounding waters. Tauranga is best known as the gateway to the bubbling mud pools and thermal fields of Rotorua. The local Māori believe this cauldron-like region to be a gift of fire from the gods. 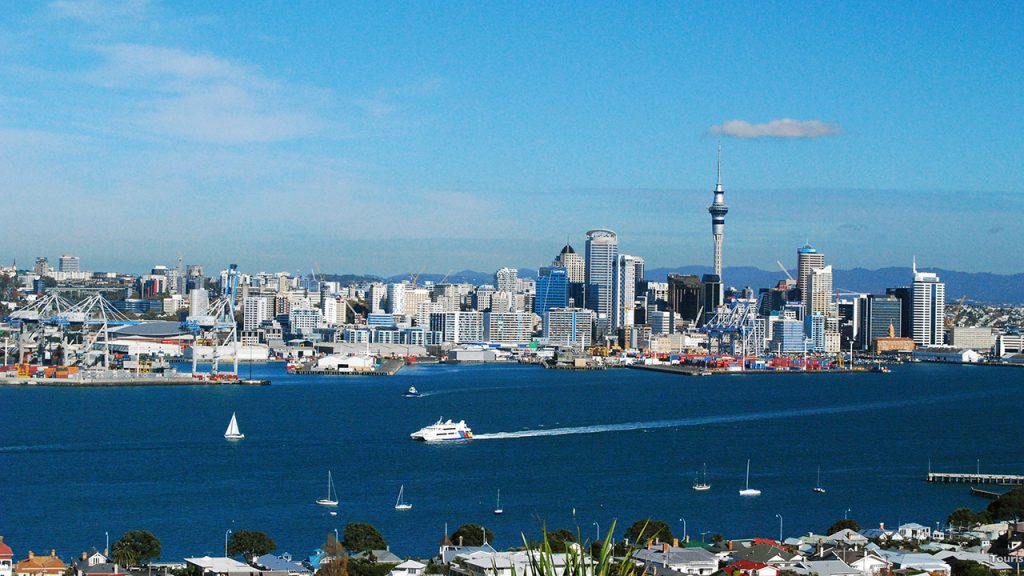 Cultural capital of New Zealand’s North Island, Auckland is known as the “City of Sails” for its residents’ love of boating. This seafaring city has hosted three America’s Cup challenges, and its marinas are brimming with world-class yachts. In tree-lined Albert Park, flower beds and towering palms point the way to a cast-iron central fountain. The neoclassical Auckland War Memorial Museum chronicles the nation’s history within its edifice-like walls. The observation deck of the Sky Tower offers breathtaking bird’s-eye views of Auckland’s cityscape. 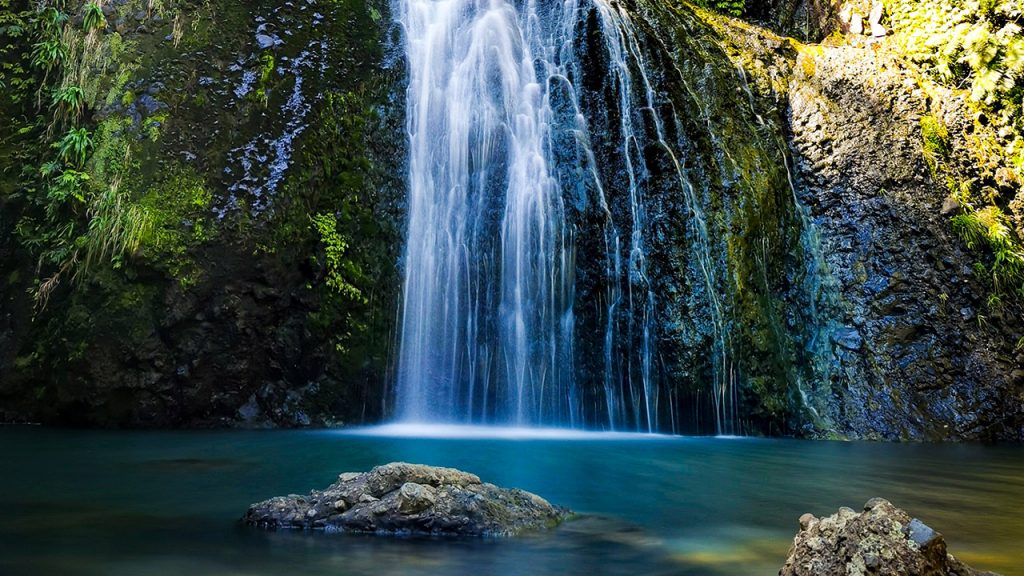 Straddling a narrow isthmus on New Zealand’s North Island, Auckland enjoys a picturesque setting between two harbors: Waitematā and Manukau. This cosmopolitan city of outdoor enthusiasts is a vibrant marine hub. One of the great pleasures of exploring the city by foot is witnessing countless masts bobbing with the tide at the city’s marinas and jet-setting yacht clubs, and marveling at the many full-blown sails as they traverse glittering waters in the distance. After breakfast, disembark your ship and journey home.

Expand your horizons on the award-winning, all-veranda small ship, with just 930 guests, allowing to dock where larger ships cannot.

The intimate, all-veranda ships offer a wide variety of staterooms for your selection. From Veranda Staterooms to the abundance of extra perks and amenities in the spacious Explorer Suites, there’s no finer way to travel. And whichever stateroom you choose, you will find it beautifully designed in the understated elegance for which Viking is known.

Experience the world in depth, and at a relaxed pace. The small size of the elegant, 930-passenger ships gives you access to fascinating ports that larger ships simply cannot reach. The ocean and world cruises traverse six continents and offer enriching cultural experiences.

Highlights of a Viking Ocean Cruise

On a Viking ocean cruise, you will sail into the heart of your destination. From our prime, central berths in the world’s great cities such as Venice, London, Hong Kong and Sydney, and in seldom-visited ports like Kotor, Montenegro and Scotland’s Shetland Islands, enriching cultural discoveries are just a short walk from your ship. Further, you will spend more time in port, with overnight stays in virtually all ports of embarkation and disembarkation. Here is a small sample of where a Viking ocean cruise can take you: